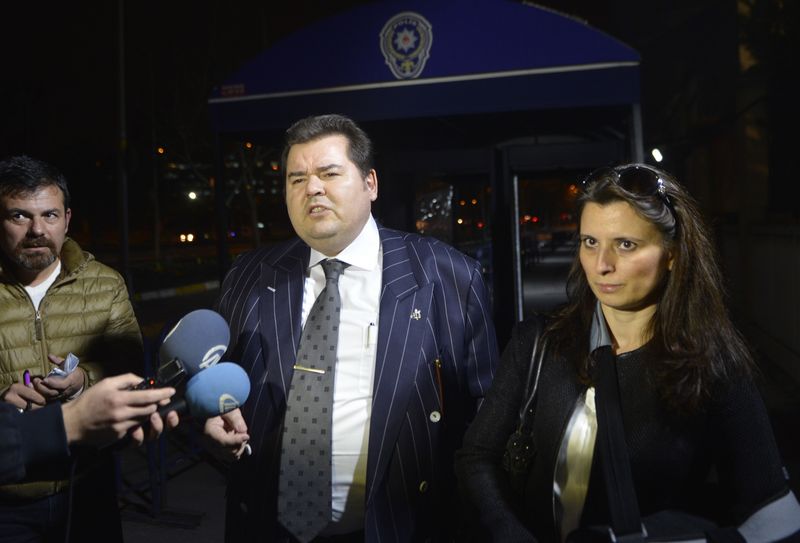 by Daily Sabah Mar 06, 2015 12:00 am
Esra Konur, the ex-wife of Gülen Movement-affiliated media figure Mehmet Baransu has testified on Thursday at Istanbul Police Department after the counterterrorism police found bags of evidence and compact disks belonging to Baransu at Konur's home.

According to a press statement made by Esra Konur's lawyer, the evidence was found in Konur's basement during a 12-hour search conducted at her house located in Istanbul's Kağıthane district. The documents are expected to be revealed in the upcoming days with the presence of Baransu's lawyers.

Baransu was arrested by an Istanbul court on Monday for plotting against some suspects of the Sledgehammer coup trial (Balyoz). An investigation was launched into the allegations that the suspects of the Sledgehammer trial were subjected to a plot that led to their incarceration. The allegations claim evidence that was given in court while the suspects were standing trial for allegedly planning a coup, were allegedly fabricated.

Baransu was detained on Sunday and referred to court with a demand for his arrest on charges of "forming an organization to commit a crime, obtaining, serving and eliminating confidential state documents"

Sledgehammer is an alleged military coup plot by a junta in the Turkish Armed Forces that reportedly dates back to 2003, a year after the ruling Justice and Development Party (AK Party) came to power.

According to the alleged plan, the military was to systematically foment chaos in society through chilling acts of violence including bombing mosques in Istanbul and downing a Turkish war plane over the Aegean Sea.

In September 2012, the court sentenced 324 of the 365 defendants to prison for conspiring to topple the government, although an appeals court partially overturned the decision and released 88 of the defendants in October 2013 due to a lack of evidence.
Last Update: Mar 06, 2015 9:55 am
RELATED TOPICS