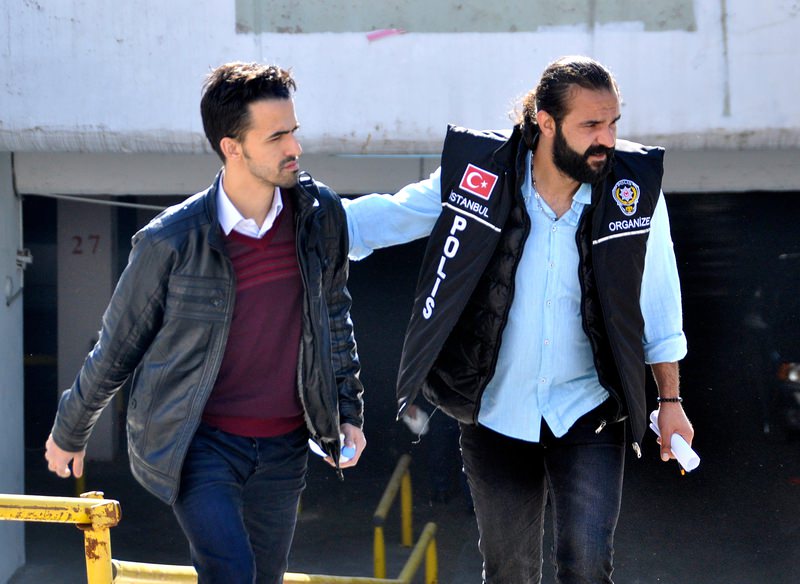 by Daily Sabah with AA Apr 21, 2015 12:00 am
An Istanbul court arrested 17 out of 29 suspects referred to court last week after being detained in a parallel state probe.

Twelve detainees were also released on Monday while former chief of Istanbul Organized Crime Control Bureau Nazmi Ardıç and police commissioner Ali Kavlak, are among the 17 who will remain in custody.

They had been sent to court on charges of attempting to stage a coup and political and military espionage related to an ongoing "parallel state" probe.

All 29 suspects were detained across 20 Turkish provinces on March 13 on charges of establishing and being a member of a criminal organization, political espionage, forgery, illegal storage of personal data and deleting computer data.

The parallel state is a group of Turkish bureaucrats and senior officials embedded in key posts of the country's institutions, including the judiciary and the police, which wants to topple the current Turkish government.

The 17-25 December 2013 coup attempt the group carried out revealed the fact that the clandestine network run by the U.S.-based preacher Fethullah Gülen is responsible for masterminding a plot to overthrow the elected Turkish government.

Turkey wants Gülen to be extradited from the U.S., where he has lived since 1999.

An Istanbul criminal court has issued an arrest warrant for Gülen as part of a probe into parallel state operation.
Last Update: Apr 21, 2015 6:40 pm
RELATED TOPICS