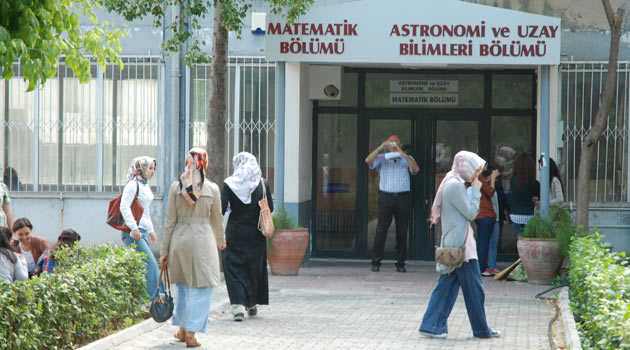 by Emre Başaran May 07, 2015 12:00 am
Another lawsuit was commenced against Prof. Dr. Esat Rennan Pekünlü of Ege University, convicted of hindrance of the right to education against the hijabi students attending institution. Pekünlü had been sentenced to 4,5 months in prison for discrimination offenses including hindrance of the right to education against hijabi students, and another file was claimed against him 20 days after he came out of prison, based on complaints from four female students of the same university.

The hearing took place in İzmir 7th High Criminal Court. The Islamophobic perpetrator and his lawyers attended the trial. Neşra Gökdağ, one of the complainants and her lawyers, Mehmet Gün and Hasan Erdoğan, also attended the hearing.

The lawyers of Pekünlü claimed that their client didn't commit a crime according to the Turkish Penal Code and demanded acquittance while the lawyers of the complainant stated that the professor has no right to decide whether or not to allow students with headscarves to attend the class, and must allow every student to attend the class regardless of his/her appearance.

Eyewitness Halime Akyar stated that the professor didn't let her and several other hijabi students enter the building by spreading out his arms, saying "You cannot enter this building with those scarves on. Go wherever you like and do submit your complaints if you want to." She also added that she applied to the court but she was rejected by the Council of Higher Education (YÖK) of the time, and because of that she made her statement as as an eyewitness instead of a complainant.

The journalist who was present in the campus on the day of the incident said that he went to the campus because he heard that hijabi students weren't allowed in class. He added that Pekünlü rejected to give an interview. He reminded that he had footage showing Pekünlü trying to keep hijabi students away from the building, and the footage was broadcasted on tv channels.

Judge Süleyman Çekilmez decided to postpone the hearing, ruled for other eyewitnesses be listened, footage about the incident be given to parties and receive further information from the university.

Prof. Dr. Esat Rennan Pekünlü was convicted of hindrance of education based on the complaint of Fatma Nur G., a student of Ege University. The Islamophobic academician was sentenced to 2 years and a month in prison, he surrendered on 27 November 2014 after the Supreme Court approved the penalty and served time in Foça Prison for 4,5 months.