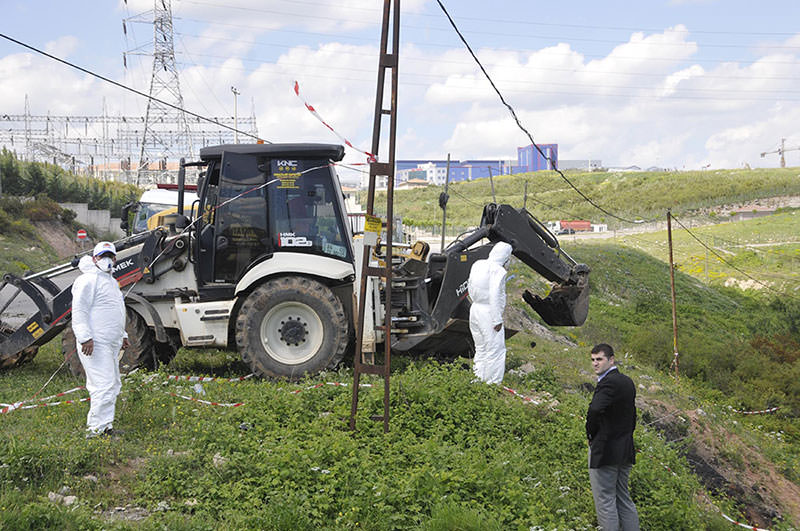 | DHA Photo
by Daily Sabah May 07, 2015 12:00 am
Some mysterious sacks containing tons of unidentified black material have been found in Turkey's heavy industrial zone of Dilovası (located in Kocaeli Province) on Wednesday.

The discovery was made after the land under which the sacks were buried subsided, exposing the mysterious black material.

The content of the sacks, suspected of containing chemical waste materials, was later carried to a refuse-and-waste center for disposal.

The as-yet-unidentified materials have now been sent to the Scientific and Technological Research Council of Turkey ("TÜBİTAK" in Turkish) for further analysis.

The Ministry of Industry and Technology, Fikri Işık, commented on the issue to journalists saying: "There was no such land collapse. It seems that the waste materials were dropped off by someone," indicating that further analysis will give a definitive conclusion.

The Minister said further that it is unjust to defile the name of Dilovası with just one person's irresponsibility and burden the town with such negative publicity.

Some exacativions undertaken in the past had exposed chemical and other industrial waste materials in the land, in Dilovası, Çayırova, and Gebze districts of the western province of Kocaeli. The area is one of the industrial centers of Turkey and situated only 30 miles east of Istanbul.