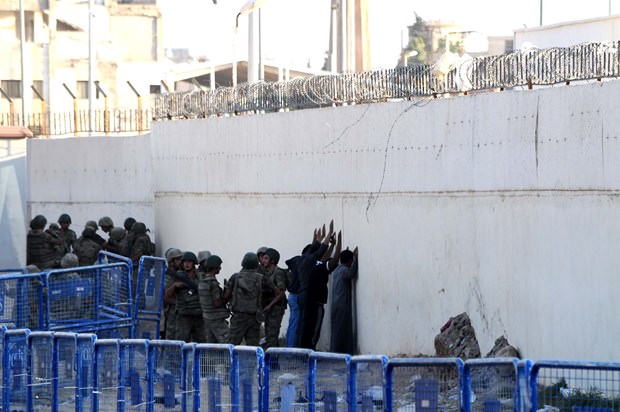 by Daily Sabah Jun 17, 2015 12:00 am
Four members of the self-proclaimed Islamic State of Iraq and Sham (ISIS) were detained on Wednesday in the southeastern province of Kilis. The militants tried to trespass the border to enter Turkey illegally after People's Protection Units (YPG) members took Tal Abyad under control.

Upon their attempt to flee YPG forces, they were arrested on Turkish territory by security forces positioned on the border in Akçakale region. According to the British Times daily, the militants allegedly tried to enter Turkey with refugees.