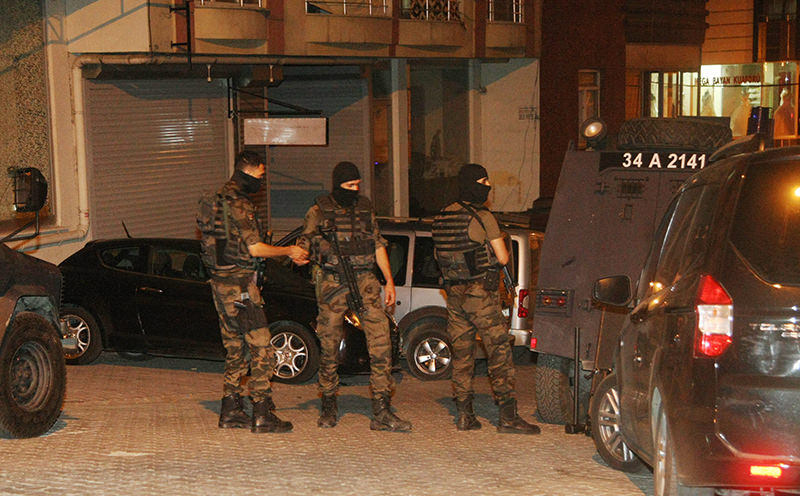 | IHA Photo
by Daily Sabah Sep 02, 2015 12:00 am
Turkish Police on Wednesday have carried out dawn raids and detained at least three suspects under the scope of anti-terrorism operation in Istanbul's Esenyurt, Bağcılar and Küçükçekmece districts.

The operation was reportedly supported by special operations units as well as helicopters.

According to police sources, the operation is ongoing and the number of suspects detained will increase.