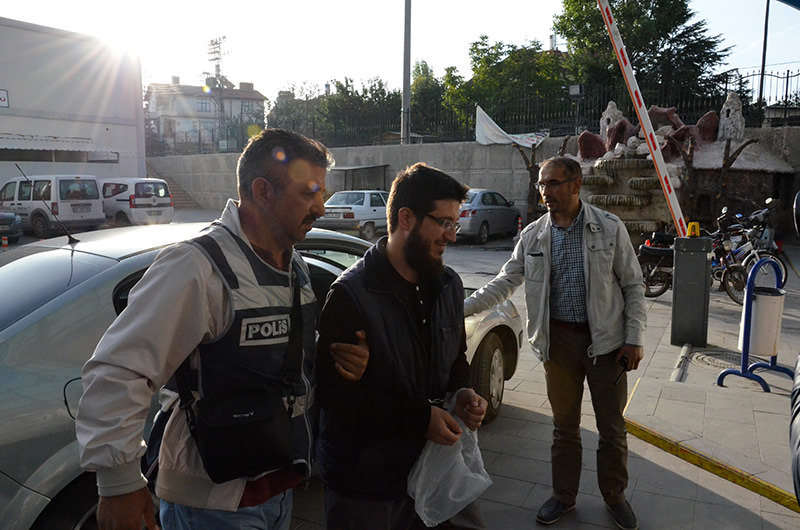 The 43 detentions came a day after a terror attack killed 95 people in capital Ankara. The victims, who were gathering for a peace rally, were caught by two suicide bomb blasts in an assault that has been linked by some politicians and commentators to ISIS or its supporters.

In the southern province of Adana, a suspect thought to have arranged accommodation for ISIS recruits was detained, the police security directorate said in a statement.

The suspect, identified as IC, is accused of renting flats for foreign nationals heading for ISIS-held area in Syria, police said. He was found possessing contact details for people in Syria.

At one flat he is said to have rented, nationals from France, Italy, Indonesia, Saudi Arabia, Germany, Tunisia and Egypt were discovered. They are being dealt with by the local immigration office.

In Konya province of central Turkey, counter-terrorism officers detained 14 suspects, including a woman, across the province over alleged links to ISIS. A number of "organizational documents" were seized.

In Şanlıurfa, a southeastern province that borders Syria, police detained 14 in a counter-terrorism operation. Police did not provide any details of the specific allegations against those detained.

A further seven were detanied in the western province of Izmir on suspicion of ISIS membership. Police reinforced by special operations and riot teams detained suspects aged between 20 and 42.

An unregistered pistol, ammunition for a pistol and a rifle and documents were seized in searches of the suspects' homes.

There was no indication the detentions were linked to Saturday's explosions.