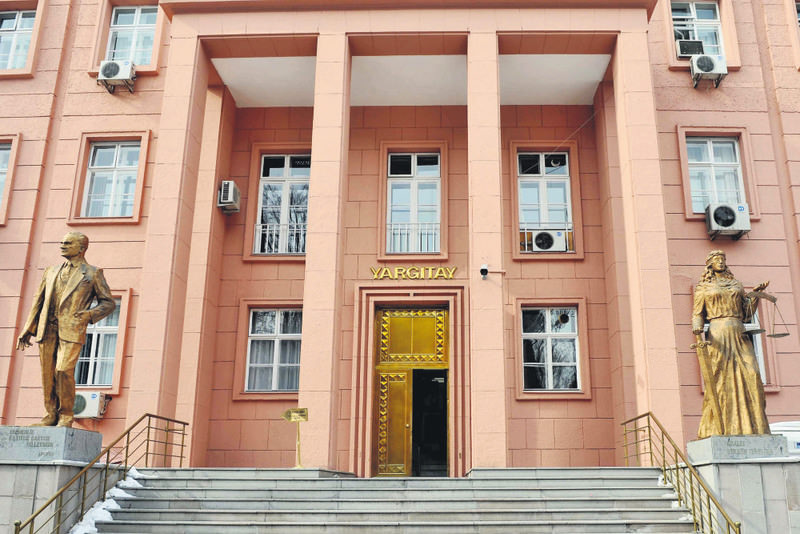 The exterior of Supreme Court of Appeals in Ankara. The court has a workload of nearly 1 million cases annually.
by Daily Sabah with Wires
Oct 15, 2015 12:00 am

Turkey is set to introduce intermediate appeals courts next year in a bid to decrease the burden on the judicial system, which faces a barrage of cases, interim Justice Minister Kenan İpek said on Wednesday

With a judiciary system clogged with cases, Turkey looks to relieve judges of heavy workloads with a new type of court. Interim Justice Minister Kenan İpek announced on Wednesday that appeals courts will be inaugurated next year with the purpose of speeding up the judicial process.

The courts will be an intermediate appeals court, before the case is taken to the Supreme Court of Appeals highest authority, which requires there to first be cases in lower courts and will have the authority to have the final say on the cases. Unlike the Supreme Court of Appeals, these courts will be located in several cities, mostly in the same place as lower courts, and will have better means to access the case, further accelerating the judicial process. Reportedly, the courts will be authorized to overrule verdicts by lower courts for crimes carrying a prison term of five years or less.

Addressing a symposium on alternative dispute settlement methods in the southern city of Antalya on Wednesday, İpek said the new courts are the most significant step for a faster legal process. "These courts will energize our judiciary system and will provide a faster and more efficient legal process." He said that the Supreme Court of Appeals received approximately 1 million cases each year, far more than the 45,000 cases per year in France or 9,000 in Germany. He said they expected that some 90 percent of cases involving crimes with minor prison terms would end up in the new courts.

İpek said another new implementation in the judiciary system would be "time management" and that the ministry was working on a timeframe for cases to be concluded. "We will define the approximate period of the legal process so plaintiffs can see how long a lawsuit will take," he said.

A draft bill that will bring major changes to the judiciary such as plea bargaining, a staple of the U.S. justice system, as well as the expansion of cases that can be settled without litigants facing charges, is already in the works. The draft bill aims to relieve the judiciary of the heavy workload it faces as well as decreasing the high prison population while developing an alternative to resolving legal disputes. Turkey also faces a prison capacity shortage with some prisons already beyond their capacity with inmates forced to stay in three-bed bunks and in beds on the floor.

Making the judicial process shorter will definitely address these problems, experts say. The draft bill brings a negotiation between the defendant and the prosecutor's office that could bring a reduced prison term if they plead guilty to certain charges. This is tentatively called "simplified judgment," according to the reports, and will be mostly applicable for crimes carrying a five-year prison term. It will be subject to approval by judges at the court. Plea bargaining will be applicable for crimes ranging from injury, threat, abduction, violation of privacy, theft and lesser crimes while suspects charged with homicide and other more serious crimes will not be eligible.

The planned bill also raises limits on posting bail to prevent lawsuits. Defendants charged with crimes carrying a sentence of two years in prison will now be eligible to post bail to block the launch of the judicial process. It is currently applicable for crimes carrying a prison term of three months or less.

Looking to bring the country up-to-date with modern legal practices and address issues regarding the judiciary, authorities introduced mediation in 2012. Dispute resolution quickly gained popularity especially among litigants involved in cases of misdemeanors and property disputes. In 2014, 259 cases were referred to mediators who succeeded in resolving 254 cases, according to figures provided by the Justice Ministry's Department of Mediation.