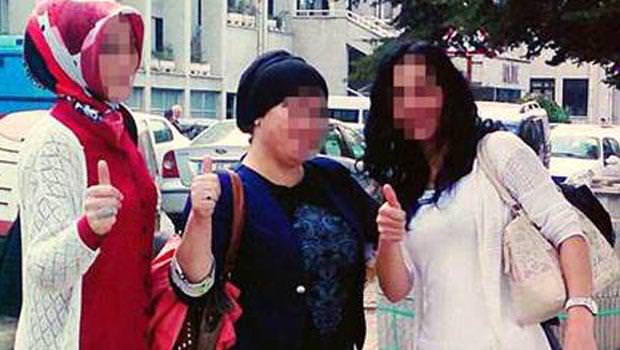 by daily sabah Oct 22, 2015 12:00 am
A Turkish court Thursday handed a 1 year and 8 months conditional suspended sentence to three women who beat another woman under accusations that she had an affair with their husbands. If the three women do not commit a similar crime in the following years, their sentence will not be executed.

The three women aged 33 to 35 went to the house of Aslı U., 25, whom they accused of having an affair with their husbands. The defendants allegedly pointed a gun towards the victim, cut her hair, beat her, and finally recorded the whole incident on video. They also threatened Aslı U. not to speak of the incident to others.

The incident occurred on October 18, 2014 in Turkey's northern province of Zonguldak. Aslı U. was reportedly a former co-worker of two of the defendants.

After the beating incident, the victim filed a lawsuit on charges of "injury", "violation of the immunity of residence", and "threat with gun". One of the defendants, Şenay K., claimed during the hearing that it was the victim who invited them to the house.

She said that Aslı U. had told them, "Look after your husbands." The defendant further said that the victim did not apologize for her actions and that she pointed the gun towards the victim because the cheating incident was too overwhelming for her.

Aslı U. said during the hearing that all of the defendants had insulted her and stated that she had never had an affair with their husbands.

After hearing all sides, the panel of judges handed a 1 year and 8 months suspended sentence to all of the defendants. However, since the sentence will not be executed unless a similar crime is committed by the women, the women reportedly have left the courthouse in "joy".

The trio had their photo taken while making a thumbs-up sign, after leaving the court, and later shared it on Facebook.
Last Update: Oct 22, 2015 6:14 pm
RELATED TOPICS