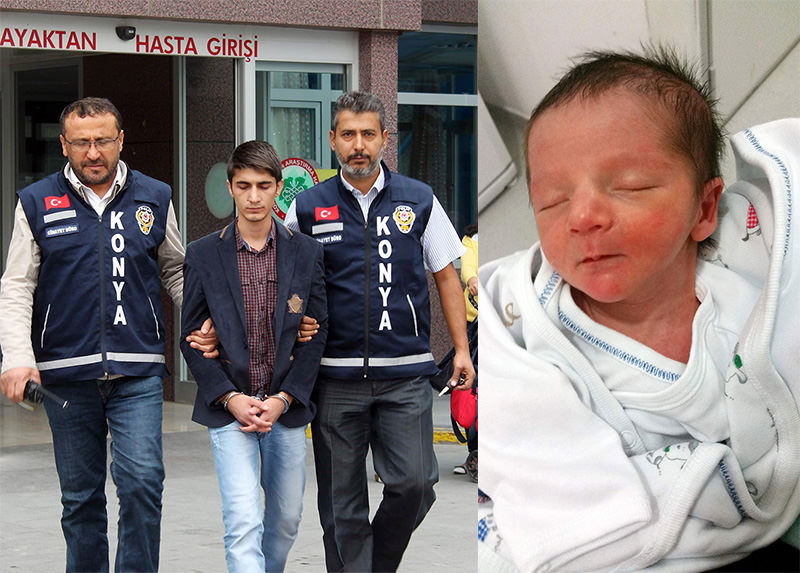 | IHA photo
by daily sabah Oct 23, 2015 12:00 am
A Turkish court on Friday has convicted a nurse for "mistakenly" forgetting a wet wipe he used to clean a newborn's mouth in the infant's throat, leading to his death.

The baby named Yasir was born prematurely in a private hospital in Turkey's central Konya province. After he was kept at an incubator for 10 days for underdeveloped lungs, he recovered, but he then started vomiting for an unidentified reason in the following couple of days.

The newborn was eventually taken into surgery, where the doctors found a wet wipe in his throat. After six days in intensive care, the infant lost his life, which led the family to launch an investigation into the incident.

The officials found out that the 20 year-old nurse Musa Gümüş was responsible for the incident, as he confessed that the wet wipe he used to clean the newborn's mouth was "accidentally" stuck in the baby's throat.

Gümüş said he panicked after the incident and did not mention it to anyone.