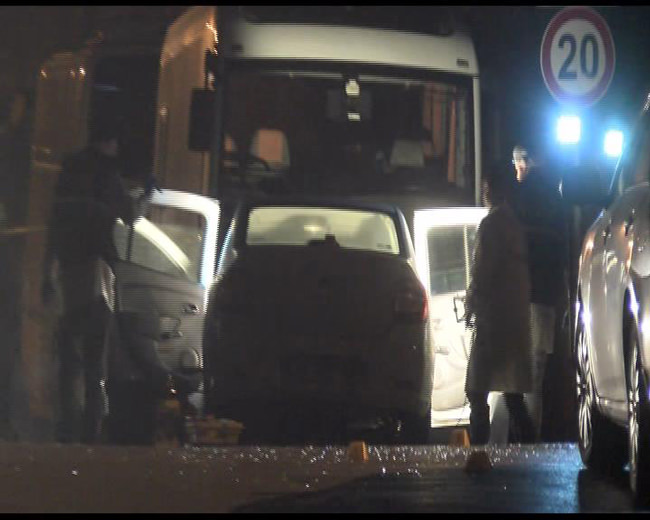 by Anadolu Agency
Nov 08, 2015 12:00 am
Two Istanbul policemen are being treated in hospital after coming under gunfire during a routine patrol.

The officers were on duty in the city's Gaziosmanpasa district in the early hours of Sunday morning when they stopped a car with five passengers for a routine check, police said.

Individuals in the car opened fire before fleeing the scene, leaving the two policemen wounded.

The injured police officers were taken to the private Bilge and Basari hospitals in Gaziosmanpasa; they are reported to be in good condition.

Police are now hunting the attackers.