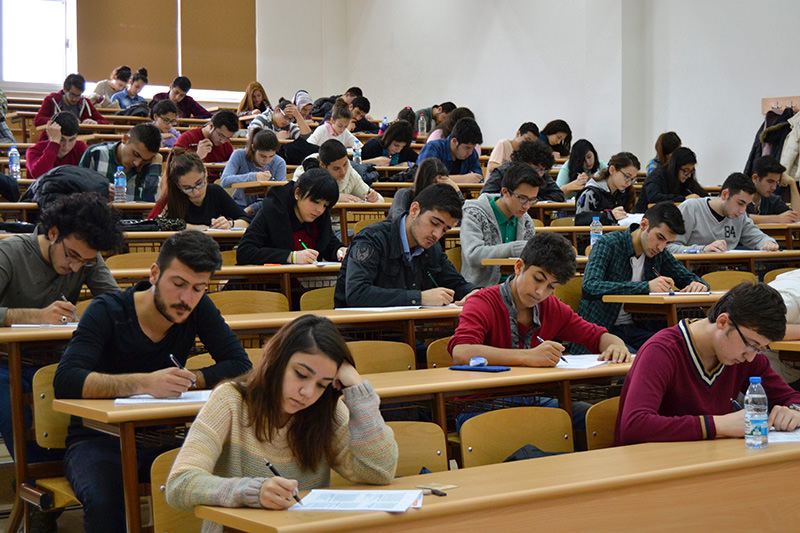 | File photo
by daily sabah
Nov 12, 2015 12:00 am
The controversial Gülen Movement has been accused of cheating in yet another exam, as reported in Turkish media on Thursday.

A prosecutor's office in Ankara investigating cheating on the Public Personnel Selection Exam (KPSS) launched a probe into the Undergraduate Placement Exam (LYS) on Thursday. The inquiry, launched "over strong suspicions of irregularity," focuses on Fethullah Gülen, a relative and namesake of the Gülen Movement's U.S.-based leader Fethullah Gülen. Gülen the younger had scored third place in last year's nationwide exam and was a student at a college in the western city of İzmir linked to the Movement.

The investigation started after prosecutors received a tip-off from a lawyer to inquire into exceptionally high scores by students who attended prep schools operated by the Gülen Movement.

Suspects detained in connection with the KPSS investigation were employees of a state-run body tasked with preparing questions for major exams held in Turkey. Gülenists are accused of planting movement members in state institutions, including the judiciary and police, by providing them with exam answers through insiders.

Members of the Gülen Movement, which is accused of attempting to overthrow the government, are now being prosecuted for running a criminal organization referred to in the indictment as the Gülenist Terrorist Organization (FETÖ).

Turkish media reported that one partner at a school in İzmir was a senior member of the Gülen Movement and linked to suspects in another inquiry into cheating on an exam used for the assignment of judges and prosecutors. Gülenists have been accused of launching sham trials and investigations through their infiltrators in law enforcement and the judiciary to imprison their critics.
Last Update: Nov 13, 2015 11:00 am