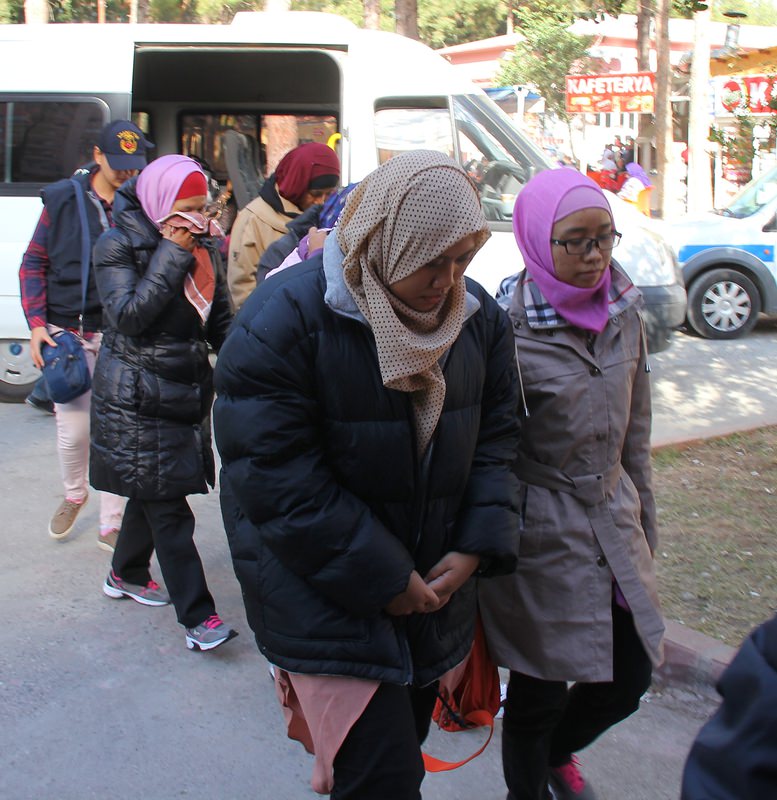 by Anadolu Agency
Nov 15, 2015 12:00 am
Six Indonesian women who were allegedly bound for Syria to join Daesh were caught Sunday in the southern Turkish province of Adana, police said.

Acting on intelligence tip-off, police counter-terrorism teams detained the six women as they met with a Turkish citizen, identified by initials I.C.

Following the legal procedures the six women were handed over to immigration authorities in order to be deported.

The Turkish citizen was still being questioned at the police department.
Last Update: Nov 15, 2015 7:51 pm