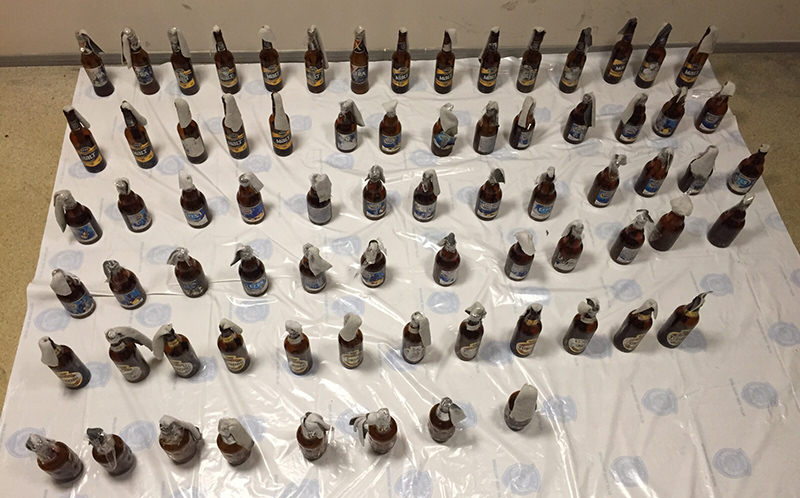 Teams from the Anti-Terror Branch Directorate were acting on intelligence that terrorist organizations would carry out petrol bomb attacks on shops and public buildings in the city.

Supported by special forces, police raided different locations in the districts of Sultangazi, Sancaktepe, Küçükçekmece and Gaziosmanpaşa, seizing 211 petrol bombs and a number of documents.

Police later released a number of images showing hooded individuals detained during the operations, plus photographs of seized petrol bombs.

The PKK is recognized as a terrorist organization by Turkey, the United States, and the European Union. Turkey was long plagued by the PKK's bloody campaign of terror for Kurdish self-rule in the southeast and killed tens of thousands of people over three decades.