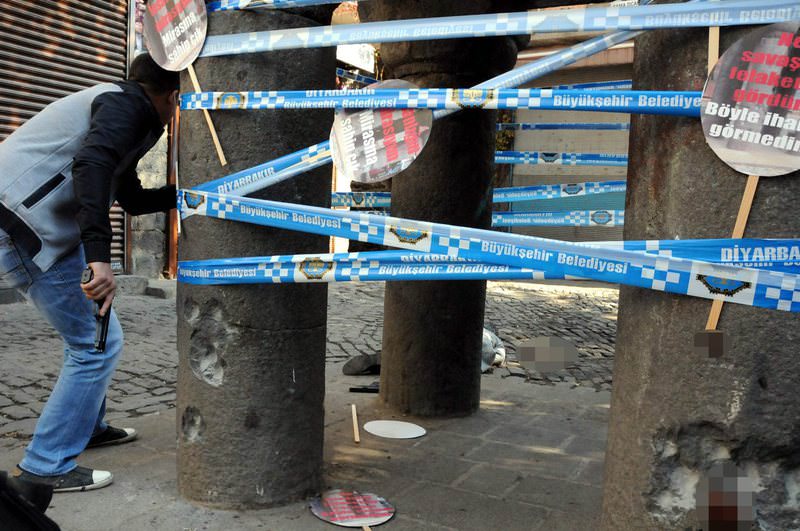 by Daily Sabah Dec 02, 2015 12:00 am
Three suspects have been detained Wednesday in Diyarbakır province as part of an investigation into the murder of prominent human rights lawyer and head of bar association in Diyarbakır, Tahir Elçi in southeastern Turkey on Saturday.

The Diyarbakır counter-terrorism police have detained the brother, cousin and a friend of a PKK member who is suspected of killing two police officers right before the murder of Tahir Elçi. Footage taken at the scene shows the PKK terrorist running away after killing the two police officers, and police officers firing at them but repeatedly missing.

On Saturday, Cengiz Erdur and Ahmet Çiftaslan, two plainclothes police officers, were gunned down by terrorists after stopping them in a suspicious car in the city of Diyarbakır. As the terrorists ran away, a gun battle erupted near the site of a press conference held by Tahir Elçi, head of the Diyarbakır Bar Association. Elçi was killed by a bullet that struck the back of his head; however, it is still unclear who fired the shot.