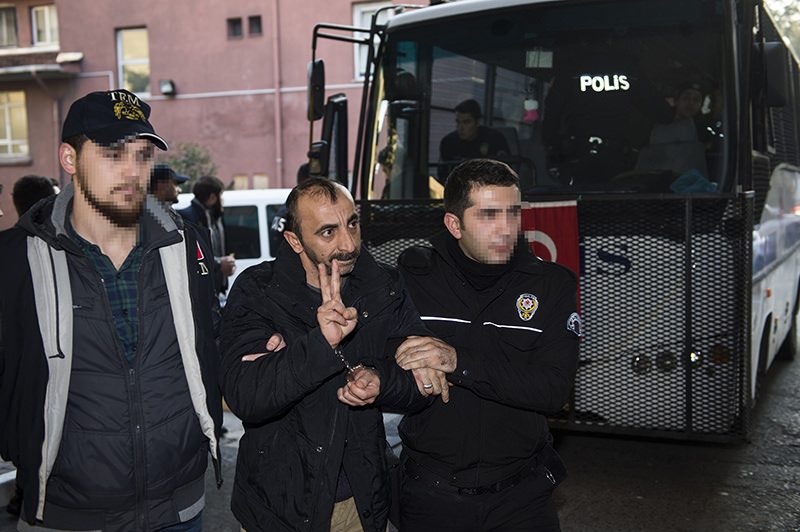 | AA Photo
by Anadolu Agency Dec 07, 2015 12:00 am
At least 24 suspects belonging to the PKK and Marxist-Leninist Communist Party MLKP were presented before the courts Monday, judicial sources said.

The suspects, including four PKK and 20 MLKP members were detained in two separate operations on Dec. 4 in Istanbul, police said.

While some suspects were presented before the Kartal court in the city's Asian side, others were sent to a court in Çağlayan district on the European side.

The MLKP, which was founded in 1994, is on Turkey's list of "primary terror organizations".

The PKK is also considered a terrorist organization by Turkey, the U.S., and the EU. The group resumed its 30-year armed campaign against the Turkish state in late July.

Since then, more than 180 members of the security forces have been martyred and over 1,700 PKK terrorists killed in operations across Turkey and northern Iraq, including airstrikes.
Last Update: Dec 07, 2015 9:04 pm
RELATED TOPICS