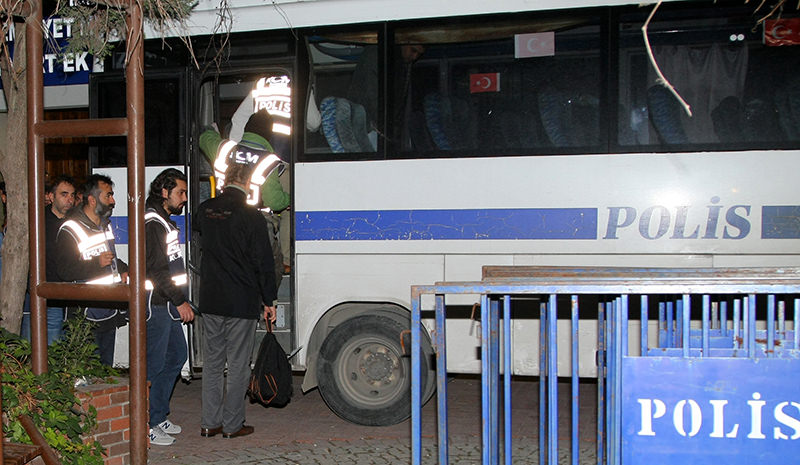 | AA Photo
by Daily Sabah with AA Dec 08, 2015 12:00 am
Police on Tuesday detained 27 suspects in Istanbul-based parallel state operation carried out against the Gülen Movement in 13 provinces.

High-level police officials are among the 27 detainees, reports have said.

In the framework of the investigation into allegations of "parallel state", which began on July 22, the Istanbul Chief Public Prosecution Office had ordered the detention of 27 police officers.

The detainees are all alleged to be part of the "parallel state" conspiracy headed by Fetullah Gülen, who runs a network of schools and commercial enterprises in Turkey and around the world.

Investigations into the parallel state since early 2014 have seen hundreds of civil servants, including police and public prosecutors, arrested or reassigned.

Former Istanbul Deputy Police Chief Hamza Tosun was not found at his address.

The "parallel state" refers to the Gülen Movement, an organization led by Fetullah Gülen, who lives in self-imposed exiled in the U.S.

The Gülen Movement is accused of carrying out illegal wiretapping and terrorist activities to bring down the democratically elected government. Its members are believed to have infiltrated government institutions such as the police and judiciary to be able to conduct operations against what it considers a foe.