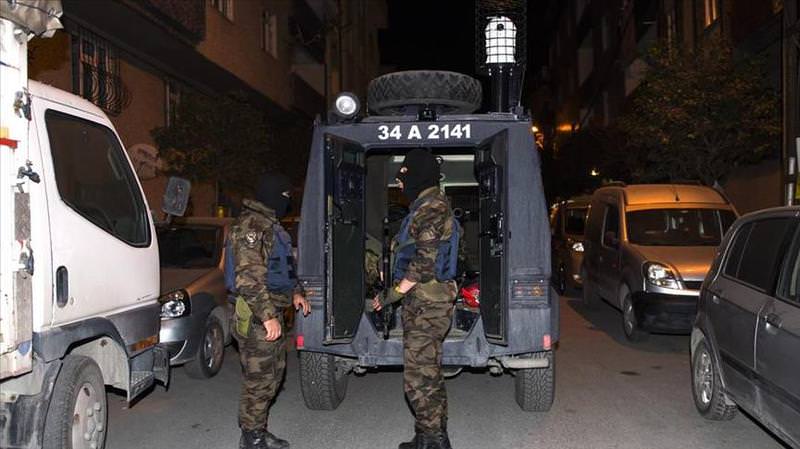 |AA Photo
by Anadolu Agency Jan 05, 2016 12:00 am
Twelve people suspected of having links to Daesh were taken into custody on Monday in an anti-terror operation in Istanbul, police have said.

Officers raided 16 locations in 10 different districts of Istanbul simultaneously and seized a large amount of ammunition, digital documents and books.

One of the suspects was remanded in custody by the court to await trial. Three others have been released but must report regularly to police. Eight other suspects have been freed pending trial.

Police said they are continuing to work to capture five other suspects, who were not found in the operations.
Last Update: Jan 05, 2016 11:26 am
RELATED TOPICS