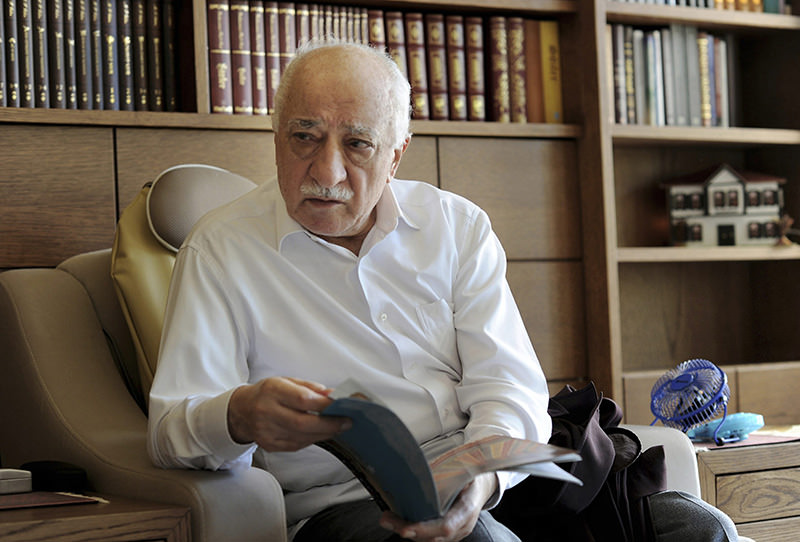 The first hearing in the trial of U.S.-based retired cleric Fethullah Gülen and 68 others was held on Wednesday in Istanbul, with the main defendant failing to appear in court. The trial includes former police chiefs accused of orchestrating a plot to overthrow the government three years ago

Fethullah Gülen, a retired preacher and leader of the shady Gülen Movement, was on trial in absentia on Wednesday in Istanbul on charges of plotting to overthrow the government three years ago. Gülen failed to attend the hearing, instead being a no-show as he was last month in a separate case. During a previous trial, Gülen's lawyers stated that their client preferred to testify from the United States, where he has resided in self-imposed exile since 1999.

The trial of the "Dec. 25 plot" is one of the numerous legal battles being fought in an effort to bring Gülen and his accomplices to justice after it was revealed that the 74-year-old was behind a string of plots against the government and critics of his movement.

The "Dec. 25 plot" refers to a set of operations launched by prosecutors and police chiefs with links to the exiled cleric in 2013 under the guise of a corruption probe. The defendants are accused of scheming to topple the government by falsely implicating the close circle of Cabinet members and then-Prime Minister Recep Tayyip Erdoğan of corruption on the grounds of fabricated evidence.

At the trial on Wednesday, which was held in a sprawling courthouse complex on Istanbul's European side, nine imprisoned defendants were in attendance -- including Yakup Saygılı, the former head of financial police for Istanbul and the instigator of the Dec. 25 operations -- and 27 other defendants who had been released pending trial. Two other defendants, Sinan Dursun and Hamza Tosun, did not attend the trial and are presumed to be abroad and at large. Dursun is a former police officer who is believed to be a lieutenant of Gülen, while Tosun was a deputy police chief in Istanbul at the time of the plot.

President Erdoğan, along with current and former ministers who are the plaintiffs in the trial, were represented by their lawyers.

A 1,453-page indictment drafted by prosecutor İsmail Uçar requests aggravated life sentences and additional prison terms of 52 years for Gülen and Dursun on charges of a coup attempt and running the Fethullahist Terrorist Organization (FETÖ) / Parallel State Structure (PDY) – the formal name designated for the Gülen Movement's terror activities. Gülen and Dursun are also charged with political espionage for obtaining confidential information regarding the state's security. Saygılı and other prominent police chiefs who have been held in detention since 2014 also face life sentences for the coup attempt and affiliation with the FETÖ / PDY.

Gülen was first put on trial in Turkey in December 2015 in the "Tahşiyeciler" trial. He and others, including police chiefs, were accused of plotting against Tahşiyeciler, a religious group critical of the Gülen Movement, and having them imprisoned on false charges and forged evidence.

Gülen is among Turkey's most wanted fugitives, with Turkey exerting tremendous efforts to obtain an international arrest warrant for the cleric. His last known location is a compound owned by his movement in Saylorsburg, Pennsylvania. Turkey is seeking to secure his extradition from the U.S.

The indictment states that the accused members of FETÖ / PDY masterminded plots to imprison senior military officers and opposition politicians and exposes the muddled history of the movement, which evolved from a small religious community running an international network of Turkish schools and businesses into a criminal gang.

Gülenists, as they are informally known, have already been accused of illegal wiretapping, blackmail and extortion using infiltrators from within law enforcement and the judiciary to wield influence in bureaucratic circles and the Turkish army.

The indictment leaked to the press said the FETÖ members in the judiciary and law enforcement acted together "under the pretext of a corruption probe" to wiretap ministers and lawmakers, and used forged evidence to have them imprisoned.

On Wednesday's trial is the first in a string of lawsuits filed this year against the Gülenists. In other trials, which are a culmination of inquiries conducted by the Istanbul Chief Prosecutor's Office, FETÖ members will appear before an Istanbul court in the Selam-Tevhid case. Selam-Tevhid is a term coined by Gülenist infiltrators within law enforcement to describe the alleged terrorist organization which they say justified the illegally wiretapping of prominent figures who they had designated to be terror suspects.

The police chiefs currently facing charges are accused of assigning false names to hundreds of people ranging from Daily Sabah journalists to businesspeople and designating them as terrorist suspects in attempts to justify wiretapping. A total of 122 defendants -- including Gülen, a journalist and a police chief -- will stand trial in that case in February.
Last Update: Jan 06, 2016 4:30 pm
RELATED TOPICS