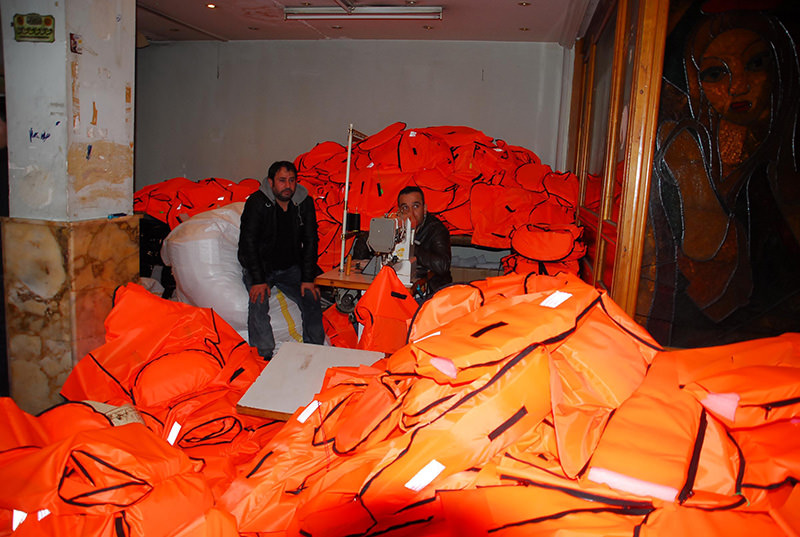 | DHA photo
by Daily Sabah with Agencies Jan 06, 2016 12:00 am
Turkish police have seized 1,263 life jackets that failed to correspond to safety standards on Tuesday, in a raid on an underground workshop, in the western province of İzmir.

Four people were found to be working in the workshop, two of whom were underage Syrian girls.

Izmir is a major hub for refugees seeking to make the risky crossing in flimsy boats to EU member Greece.

The news of the seizure came soon after the bodies of 36 refugees were found on the Aegean coast after their boats sank in bad weather while trying to cross to the Greek island of Lesbos.

The seized life jackets were filled with "packaging" rather than the proper material needed to keep users alive for hours in the water, according to various reports.

The confiscated life jackets have been sent to local police for examination and an investigation has been launched.