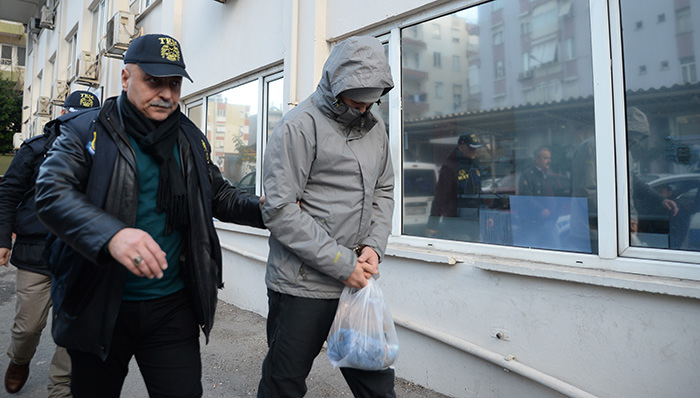 by Daily Sabah Jan 13, 2016 12:00 am
Antalya police detained three Russian citizens on Wednesday with suspected links to the Daesh terrorist organization during operations in the Döşemealtı district.

Russia's Consulate General in Turkish city of Antalya confirmed that three Russians had been detained over suspected connection to the Daesh, state news agency RIA reported on Wednesday.

Meanwhile, five other suspects with links to Daesh terror organizations were also arrested during operations in central Konya province.

As part of the heightened security measures amid the bloody terror attack in Istanbul, police have conducted operations in various provinces, capturing more than 60 Daesh-linked suspects.