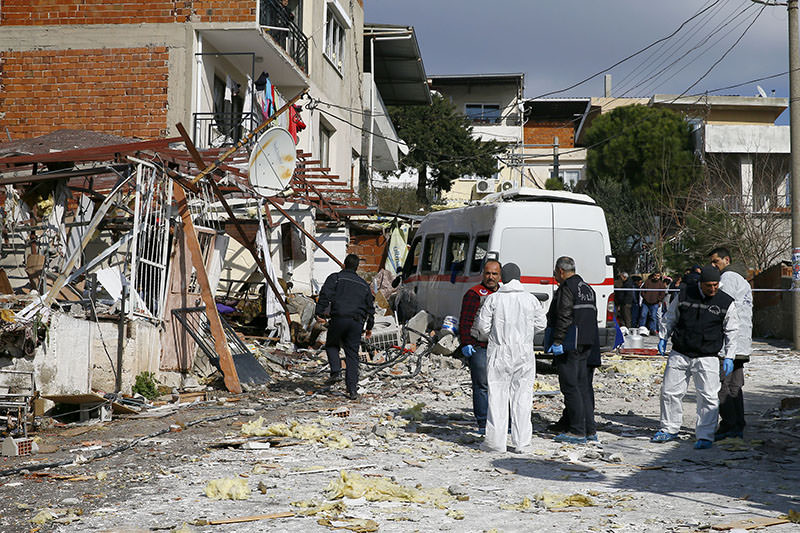 Scene of the explosion in u0130zmir (AA photo)
by Compiled from Wire Services Jan 24, 2016 12:00 am
One person was killed and four others were injured in two explosions in western and southern Turkey on Sunday, which has jolted nerves in the country, facing terrorist threats daily.

Authorities have ruled out terror links in the blasts in the western city of İzmir and the southern city of Antalya.

The first explosion was in İzmir during the early hours of Sunday. Ekrem Cire, 39, was killed while his mother and older brother were wounded as an explosion ripped through their one-floor house in İzmir's Buca district.

Local officials said Cire owned a store which sold hunting goods. A large cache of gunpowder and other materials used in hunting were found in the rubble of the house, though it was not clear whether the explosion was due to these explosive materials catching fire.

The powerful blast damaged the cars and houses in the immediate vicinity of the scene.

A second blast occurred when an explosion at a garbage dumpster injured two people in Antalya's Muratpaşa district. Two passersby were injured when fireworks and pyrotechnics materials improperly thrown in the dumpster exploded under pressure. 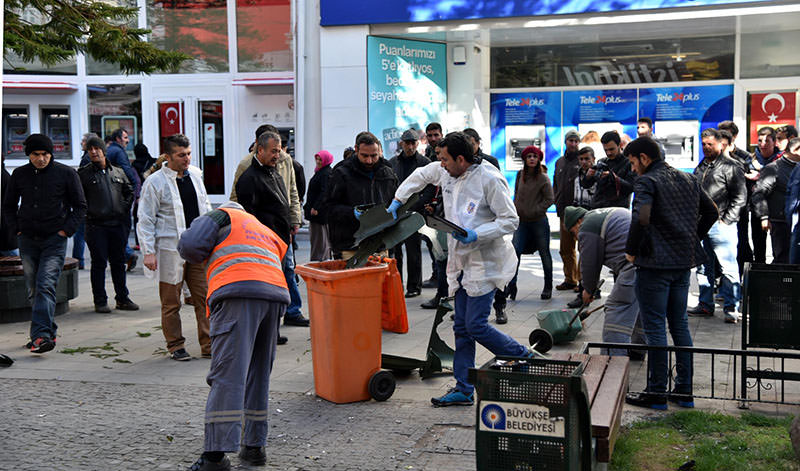