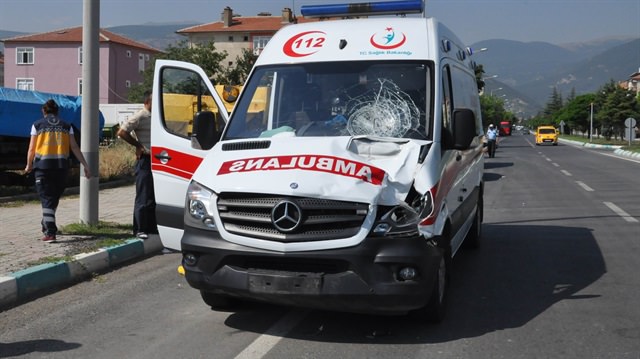 by Daily Sabah Feb 12, 2016 12:00 am
PKK terrorists opened fire on an ambulance located at a gas station in Turkey's southeastern İdil district in Şırnak on Friday.

An employee at the gas station was injured. Abdulbaki Dim was then taken to a nearby hospital by the personnel of the shot ambulance.

The incident occured at around 12 p.m., Doğan news agency reported.

The ambulance personnel were at the gas station at the time of the incident to fill up the vehicle's tank.

The terrorists then started shooting towards the ambulance with long barreled weapons, from a nearby neighborhood where they dug many ditches and set up barricades.

The PKK, also considered a terrorist organization by the U.S. and the EU, resumed its 30-year armed campaign against the Turkish state in late July 2015.