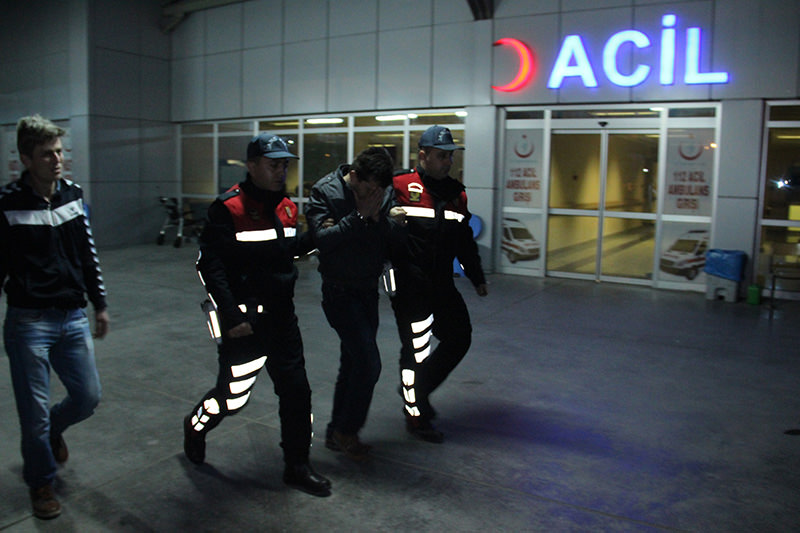 | IHA photo
by Daily Sabah Feb 23, 2016 12:00 am
A mineworker in Turkey's northern province of Zonguldak attempted to shoot a stray dog, but as his shotgun "accidentally" discharged, he instead killed his 50 year-old cousin.

The incident occurred in Zonguldak's Ereğli district on Monday, just in front of the suspect Bülent Keskin's (38) house.

Kesin wanted to shoot a stray dog for wandering around his house, but just as he was loading his gun, he accidentally pulled the trigger before taking a position, as a result of which the buckshot from the gun hit his next-door neighbor as well as his cousin Hüseyin Aygün.

The severely wounded cousin was taken to a nearby hospital, but could not be saved.

The security forces have detained Keskin and his brother's wife Emel Keskin (30), who was at the house at the time of the incident, for further interrogation. As the two were taken to the hospital for a health checkup, they burst into tears. Another eyewitness confirmed Kesin's testimony, saying the incident was an accident.
Last Update: Feb 23, 2016 10:32 am
RELATED TOPICS