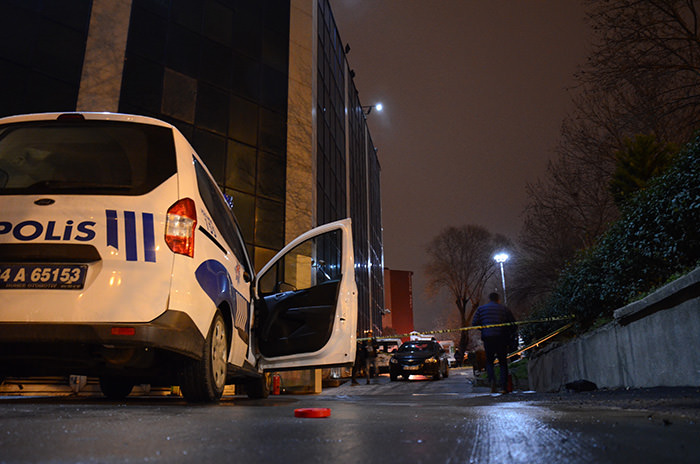 Counterterror units of the Turkish National Police raided 20 locations across Istanbul in the early hours of Monday and nabbed 11 suspects wanted for involvement in terror attacks targeting the Yeni Şafak and Yeni Akit newspapers on Feb. 11. Media outlets reported that police found incriminating written and digital evidence in raids that linked the suspects to terrorist organizations. State-run Anadolu Agency (AA) reported the suspects were members of the United Freedom Forces (BÖG). A little-known group called the Aziz Güler Freedom Force Militia earlier claimed responsibility for the attacks on the two newspapers in Istanbul. Aziz Güler, a Turkish national, was a senior leader of BÖG, which acts in cooperation with the PKK in Syria and was killed last year in clashes in Syria.

AA said in an article the BÖG, which was behind the attack, was an accomplice of the Democratic Union Party (PYD) and the Marxist Leninist Communist Party of Turkey (MLKP), which is designated a terrorist organization.

A group of assailants had thrown Molotov cocktails at and opened fire on the offices of two newspapers in dawn attacks and fled the scenes on Feb. 11. No casualties were reported in the attacks that left significant damage to the two buildings.

Yeni Şafak and Yeni Akit are known for their staunch stance against the terrorism that currently threatens Turkey's southeastern regions, which have a predominantly Kurdish population. The PKK, which claims to fight for Kurdish autonomy in the region, is behind a campaign of violence that has killed hundreds of military and police officers as well as civilians since last summer.

The People's Protection Units (YPG), the PYD's militia, was blamed for a car bombing in the capital Ankara earlier this month that killed 28 people in an attack targeting buses carrying military personnel.

Peoples' Democratic Party (HDP) Co-Chair Selahattin Demirtaş had previously criticized Yeni Şafak. Demirtaş crumpled up the newspaper during an election rally last year and threw it to the ground after condemning the articles in the newspaper. Following the criticism, Yeni Şafak Editor-in-Chief İbrahim Karagül accused Demirtaş of "making Yeni Şafak a target for the terrorist organization." "Apparently you want militants to attack our offices," he said in a statement published on the newspaper's website following Demirtaş's criticism of the newspaper.

Star, another newspaper supportive of anti-terror efforts, was the target of a foiled bomb attack last year. Suspects linked to the MLKP planted an explosive device in the courtyard of the newspaper's headquarters in July 2015, but police managed to defuse the bomb before it went off. Two suspects wanted for planting the bomb were killed months later when they clashed with police seeking to capture them in Istanbul. The HDP showed support for the two suspects, and HDP Co-Chair Figen Yüksekdağ attended the funeral for the suspects.

The attacks on the two newspapers have drawn widespread condemnation. President Recep Tayyip Erdoğan strongly condemned the attacks and criticized Demirtaş for making the newspapers a target for the PKK
Last Update: Mar 01, 2016 4:39 pm
RELATED TOPICS