Crackdown on Gülenists widens with arrests, investigation of mouthpiece 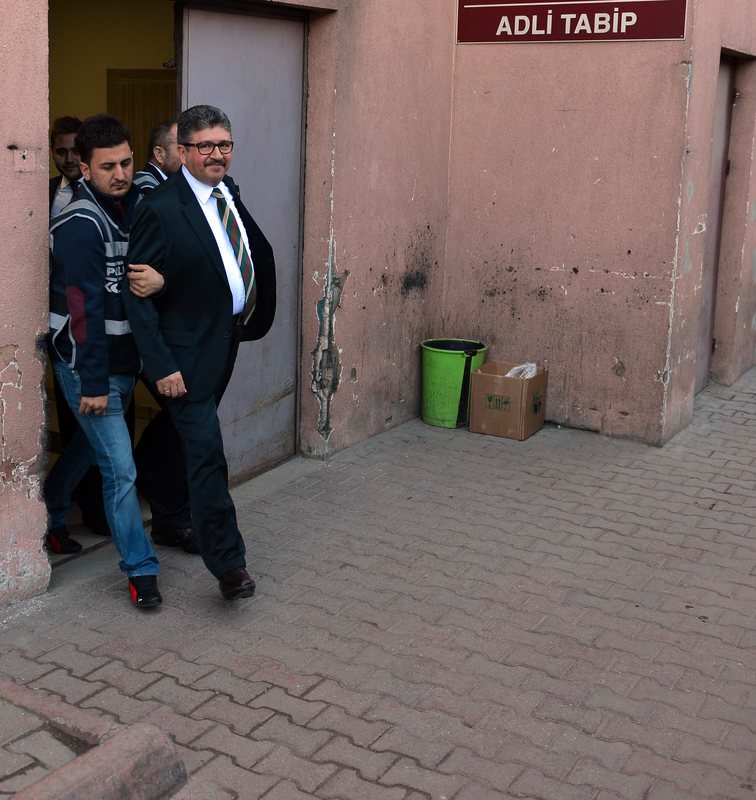 Two executives of a prominent business conglomerate allegedly financing the Gülenist terror organization were arrested late on Saturday, and senior staff of the Zaman daily, a Gülenist mouthpiece, were suspended over terror propaganda, while authorities step up measures to purge the group accused of two coup attempts

Turkey's struggle to eradicate support for the Gülenist terror organization accused of two coup attempts continues with the arrests of two businessmen running a large conglomerate that faces allegations of financing Gülenists; Hacı Boydak and Memduh Boydak, respectively the CEO and senior executive of Boydak Holding, were arrested late on Saturday, one day after their detention on charges of financing the Gülenist Terror Organization (FETÖ), while two other executives of the company were released under judicial control.

The arrests come at a time of increasing crackdown on Gülenists, who waged war against the government by staging two coup attempts in 2013 with assistance from infiltrators in the police and judiciary. On Friday, an Istanbul court approved prosecutors' requests to appoint trustees for Zaman, a newspaper notorious for their pro-Gülenist editorial policy. The newspaper's editor-in-chief was dismissed, while trustees took control of the newspaper amid a violent confrontation between police and FETÖ supporters outside the newspaper's headquarters in Istanbul.

Hacı Boydak and Memduh Boydak, the two brothers running the eponymous conglomerate that owns three furniture brands, a cable manufacturer and dozens of subsidiaries, were referred to the court by prosecutors investigating their ties to FETÖ, while two other executives, including a younger brother of the Boydak siblings, were charged with spreading FETÖ propaganda on social media websites. A Boydak Holding official speaking to reporters following the arrests said the duo was being interrogated for "charity work they've done in the past," although he did not elaborate. Boydak Holding's executives are known for their broad support of Gülenists and have allegedly funneled money to the group in the guise of donations to charities run by the Gülen Movement from which FETÖ originated. Police have searched the suspects' houses and the company's headquarters in the central Turkish city of Kayseri. Memduh Boydak had already been detained in another operation against FETÖ last year on charges of organized grand larceny, but was released following interrogation. The businessman was chairman of the board of trustees at Melikşah, a private university with Gülenist links that is accused of corruption.

The Doğan News Agency reported that Boydak executives were facing charges of extortion. The agency said in a news report that Boydak Holding forced its subcontractors – a majority of smaller businesses in an industrial hub in Kayseri – to donate money to FETÖ, and subcontractors bowed to the pressure, as Boydak was "their main client." Memduh Boydak is also accused of organizing "himmet" meetings with hundreds of businesspeople at Melikşah University. "Himmet" is a Turkish word used by Gülenists to describe donations. However, Gülenists are accused of forcing wealthy people to donate and plotting against those not paying, such as organizing sham trials to imprison those who refuse to pay, using infiltrators in the judiciary and police.

Boydak Holding is famous for furniture brands İstikbal and Bellona and owns 41 subsidiaries in various sectors, ranging from furniture to cable production, energy and textiles. With nearly 14,000 employees and a yearly turnover of about TL 6.9 billion ($2.3 billion) – according to 2015 figures – it is among the country's largest industrial companies.

Authorities have turned their attention to companies suspected of financing the activities of the Gülenists, following a purge of Gülenist infiltrators in 2014 and the following years. The Koza İpek Group, another large conglomerate with interests in media and energy, were the target of a probe against Gülenists, and a court assigned trustees to run the company, while an investigation is underway on charges that the conglomerate's chairman, Akın İpek, secretly funneled a large amount of cash to FETÖ.

FETÖ is the official name given to those supporters from the Gülen Movement, headed by retired preacher Fethullah Gülen, who according to prosecutors faces charges of terrorism for involvement in two attempts to overthrow the government in 2013. Two criminal cases developed by police, prosecutors and judges close to the movement sought to implicate people close to the government. Since then, a string of investigations have been launched against the group that have found FETÖ infiltrators in the police, judiciary and bureaucracy involved in a set of crimes ranging from illegal wiretapping to orchestrating sham trials to imprison the movement's critics. Ankara says FETÖ is "a national threat" like other terrorist organizations, such as the notorious PKK, which conducts a bloody campaign in southeastern Turkey.

Gülen is among Turkey's most wanted, with the country exerting tremendous effort to obtain an international arrest warrant for the cleric. His last known location is a compound owned by his movement in Saylorsburg, Pennsylvania. Turkey is seeking to secure his extradition from the U.S.

A court on Friday ordered trustees to be appointed to administer the Zaman newspaper, while an investigation is underway on the publication's activities for the crime of terrorist propaganda. Zaman, founded in 1986, toes a Gülenist editorial policy and is known for articles denouncing the crackdown on FETÖ.

It has long been mired in controversy for open support for FETÖ. Former editor-in-chief Ekrem Dumanlı was briefly detained two years ago on charges of membership in a terrorist organization. The staff of the newspaper blocked police from detaining Dumanlı, before the journalist finally turned himself in. Several employees of the newspaper and its sister publications also face similar charges.

Trustees appointed to the newspaper ordered the suspension of editor-in-chief Abdülhamit Bilici, while Bülent Keneş, the former editor-in-chief of the English-language sister daily Today's Zaman, and a columnist for Zaman, were also dismissed.

Speaking to local TV station on Sunday, Prime Minister Ahmet Davutoğlu said the appointment of trustees to Zaman was a legal process. "Nobody should doubt the prevalence of press freedoms in Turkey. We should clearly separate the press from other activities under the guise of press freedom. There are numerous publications in Turkey critical of the government, and none of them face any charges. [The Zaman issue] is not about activities of a newspaper but rather a culmination of operations against a plot targeting a democratically-elected government," he said. Davutoğlu said the "parallel structure" – used to describe FETÖ infiltrators in the state – was involved in a string of illegal activities, such as money laundering, and it was implicated in several indictments for its activities. The prime minister denied that the government led the operations and pointed to the separation of powers. "The judiciary conducts the inquiries, and [the appointment of trustees] is an implementation of a court order," he said.

Davutoğlu answered questions on Fethullah Gülen's extradition and said there was "no new development" towards his extradition. "We hope we will get results as soon as possible," he said.

Davutoğlu answered a question regarding the suspension of the chief legal adviser to the Chief of General Staff in connection with a probe against FETÖ. He said it was "a disciplinary action" by the Armed Forces, adding, "Every institution does what it is supposed to do to fight the parallel structure within bureaucracy."