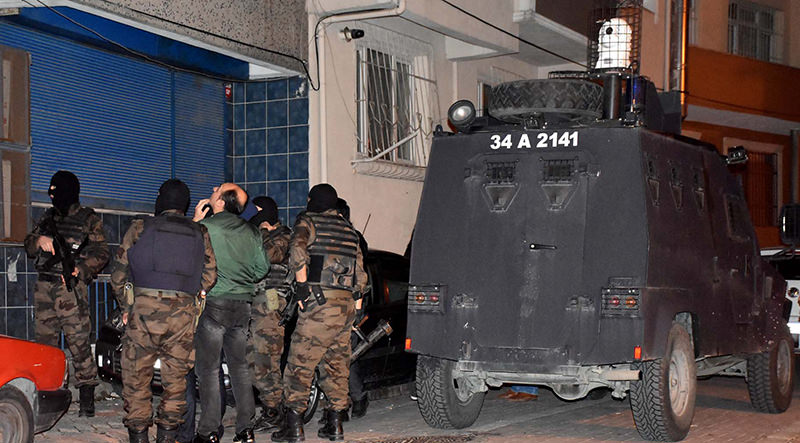 The operation came after police in Adana, southern Turkey, stopped a car which was going to Istanbul from Mardin on Saturday.

It is claimed that suspects were receivers of the weapons. Those held were taken to the city's police headquarters.

The PKK -- considered a terrorist organization by Turkey, the U.S. and the EU -- resumed its 30-year armed campaign against the Turkish state in late July 2015.

There have been many arrests across Turkey since the July 20 Suruç suicide bombing that killed dozens of people; most of the suspects detained have alleged links to terrorist groups such as the PKK, Daesh or the DHKP-C.
Last Update: Mar 07, 2016 4:59 pm
RELATED TOPICS