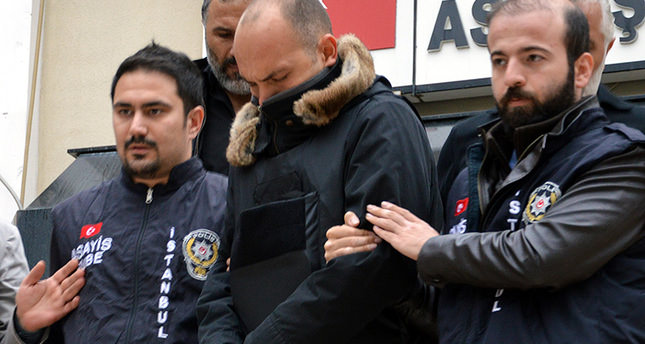 | AA Photo
by Daily Sabah Mar 08, 2016 12:00 am
The uncle who heavily injured his nephew "out of jealousy" in a bizarre acid attack in Istanbul's Ataşehir district is sought 24 years and 6 months in prison for "causing injuries with conscious negligence to more than one person" and "deliberately attempting to kill a child or an individual who is unable to defend himself physically or mentally" as part of the investigation carried out by the Anadolu Chief Public Prosecutor's Office.

In the draft indictment from General Bureau of Investigation Prosecutor Bülent Canoğlu, the assailant's three-year-old nephew Y.K., as well as two other children in the playground at the time of the attack, B.Ö. and E.E., were listed as victims.

The indictment sent to the 6th High Criminal Court demands 13 to 20 years in prison for Cihan A. For "deliberately attempting to kill" Y.K. and up to four years and six months in prison for causing injuries with conscious negligence to B.Ö. and E.E.

On October 17, 2015 little Y.K. was at the playground of an upscale restaurant his parents were dining at when his uncle threw sulphuric acid at the boy that led to the loss of sight in his right eye and disfigured the left side of his face.

Cihan A. was detained on Oct. 22 and was transferred to an Istanbul court a day later where he was arrested a couple of hours later.

The assailant, who was a senior executive at a Turkish branch of a microprocessor manufacturer, later confessed to throwing acid on the boy.

In his police interview leaked to the press, Cihan A. said he simply wanted to upset the boy. "I was jealous that everyone in my wife's family was more interested in him than my own son. He was more loved in the family. So I wanted to humiliate him in front of his friends," he said. He also claimed he thought the substance he put in a toothpaste tube was paint, not acid and claimed he found it among materials workers renovating his house left behind.

Media reports also claim that Cihan A. had organized the dinner that brought together the boy's parents and the suspect's family.
Last Update: Mar 08, 2016 8:17 pm
RELATED TOPICS