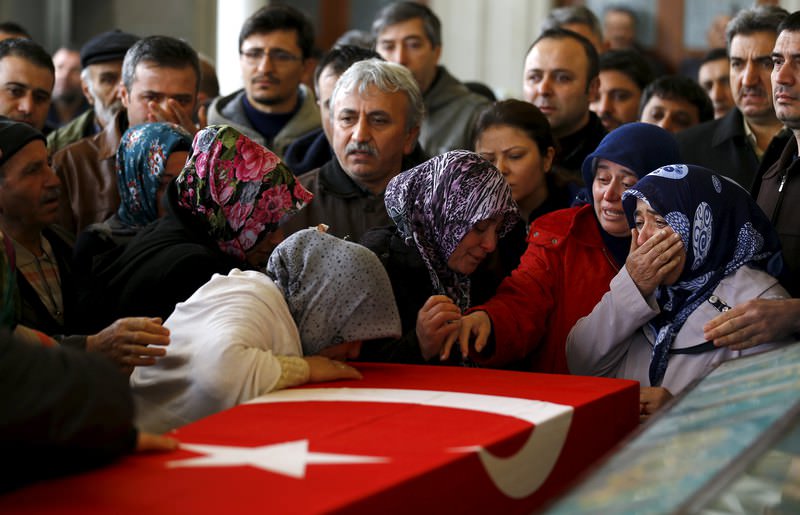 A Turkish court has ordered the arrest of six of nine suspects linked to the recent Ankara bombing which killed 37 people on Sunday evening.

The suspects, who were detained in connection with last Sunday's deadly bombing in the Turkish capital, appeared in an Ankara court on Friday to give testimony to public prosecutors.

The suspects-identified only by their initials as M.V.D, I.H.D, H.B, B.E, V.C. and U.A.-were then remanded in custody on murder and attempted-murder charges and for ?disrupting the unity and territorial integrity of the state'.

Three remaining suspects identified only as S.D, M.K. and H.Y, were released by the public prosecution office to await trial on charges of 'committing a crime without having a connection with an organization'.

The Interior Ministry has identified the bomber as Seher Cağla Demir, 24, a 2013 female recruit to the PKK terrorist organization who received training with the YPG in Syria.