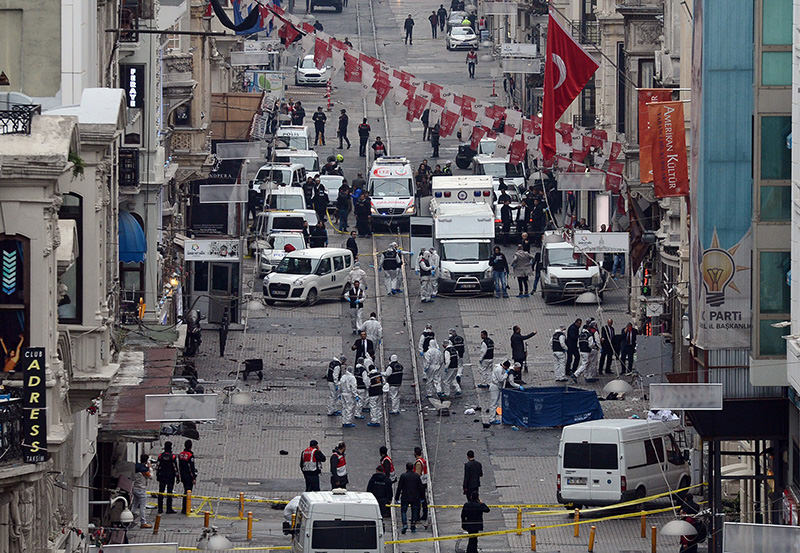 DNA tests carried out after the deadly suicide bombing that killed four civilians in Istanbul's Istiklal Street on Saturday, proved that the bomber had links to the Daesh terrorist organization.

Interior Minister Efkan Ala said in a press conference on Sunday that evidence in hand shows the suicide bomber can be identified as Mehmet Öztürk, who was born in 1992 in the southeastern province of Gaziantep.

Ala said that the suspect is believed to have ties with Daesh terror organization; however, he was not sought by police or gendarmerie units since Öztürk had no criminal records.

Security officials have so far detained five suspects in connection with the attack, the minister added.

Media outlets had earlier reported that Öztürk, who had security and intelligence records as a Daesh member, was among the primary suspects of the bombing.

The Turkish newspaper, Karar, previously reported that Öztürk's mobile phone signals were detected during the investigation that followed the bombing and police units searched a residence believed to be occupied by him in Gaziantep.

Öztürk reportedly did not have any criminal records prior to the bombing and his family had filed a missing person's report to police.