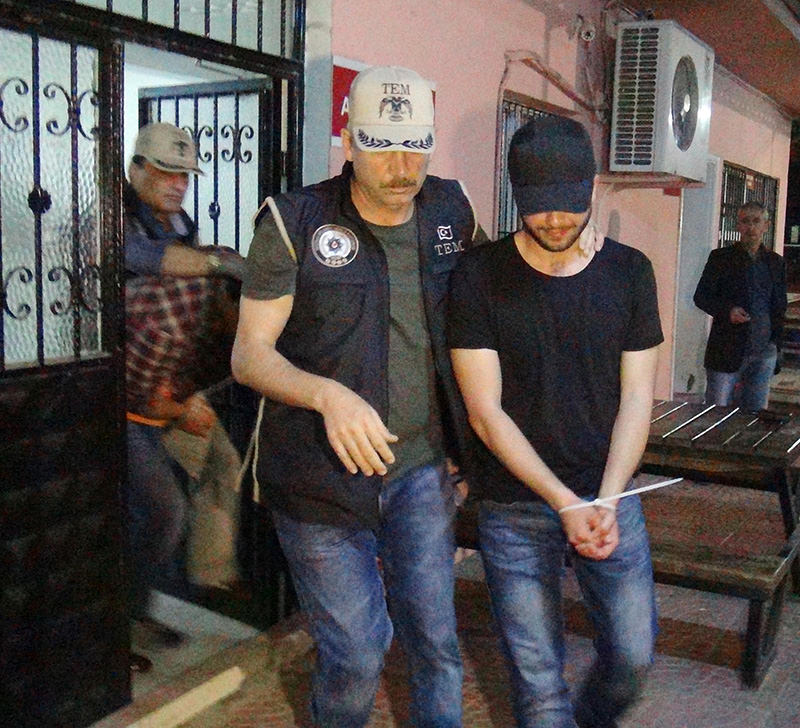 Two members of the ultra-right Youth Union of Turkey (TGB) attempted on Saturday to put a sack on the head of an American soldiers during a ceremony at the İncirlik U.S. Air Base in Turkey's Adana province.

The TGB's provincial head Yalçın Semir Akarsu and member Cenk Kızılırmak, who were attending a ceremony for the upcoming April 23 Children's Day at the air base, approached an American soldier and said: "You put sacks on the head of our soldiers in 2003. You are responsible for this and the terror events in our country. Bombs explode everyday, we receive the news of martyrs. You are responsible for this. You are not able to leave your air base, but we are here, entering your air base, and put sacks on your head."・

One of the TGB member, then, pulled out the sacks from his pocket and attempted to put it on the American soldier's head. However, the Turkish security forces present at the scene prevented it from happening and arrested the TGB members.

TGB General Secretary Sinan Sungur said that they have been waiting for an opportunity to carry out this event.

The controversial group is known to be one of the most important groups who took place at the Gezi Park protests which occurred in Istanbul's Taksim Square as demonstrations against a development project mushroomed into nation-wide mass protests against the government, resulting in the deaths of eight people, including a police officer.

The TGB is known for similar attacks on U.S. soldiers visiting Turkey. Putting sacks on U.S. soldiers is viewed as "vengeance" for the infamous "hood event" in Iraq. In 2003 a group of Turkish troops operating in Sulaymaniyah in northern Iraq as part of a special forces team, were detained by U.S. troops who raided their safe house, allegedly acting on a tip-off that Turkmens in the safe house would carry out an assassination of a local Iraqi politician. The U.S. troops put hoods on the captured military personnel, including a major. The incident caused public outrage in Turkey and the soldiers were released after 60 hours in captivity.