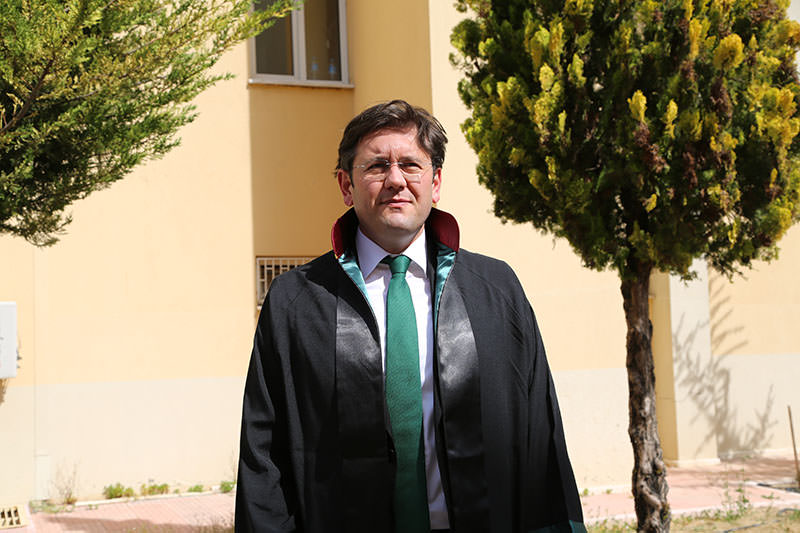 The president of Turkish NGO Ensar Foundation said on Wednesday that the foundation was standing by the victims of the pedophile teacher accused of sexually abusing 10 boys under his care while during a brief volunteer service at the charity.

Ensar Foundation President Cenk Dilberoğlu said that he was intervening in the case personally as a lawyer to defend the victims.

Cenk Dilberoğlu also bashed defamation of the NGO in the trial which the first hearing started in the central Karaman province behind closed doors.

"We are standing by our children and their families. This is a concrete step we are taking as Ensar Foundation. Firstly we submitted an official petition to be filed in the case, which would allow us to be involved in the trials. While standing by our children and their families, we want the suspect to be punished with the most severe charges," Dilberoğlu said.

The suspect, a 54-year-old man is charged with assaulting the boys, aged between 10 and 12, at boarding homes, one of which was run by the Ensar foundation.

"We are also legal representatives of some of the children, whom I will defend legally during the case during which I will personally be present, wearing my tog. Some of our volunteer lawyer friends will also be present to protect the rights of the victims on the day of the trial," Dilberoğlu said.

Ensar Foundation, established in 1979, has branches across the country and focuses on education, offering classes, scholarships and accommodation to students.

Its current president, İsmail Cenk Dilberoğlu, a graduate of Marmara University's Faculty of Law, practiced law at his own office in Istanbul between the years of 1999-2003. Since 2003 he has mainly served as a company advisor at "Kollektif Law Office" -a partnership structure- in the fields of commercial law, company law, business law, tax laws, execution and bankruptcy law.