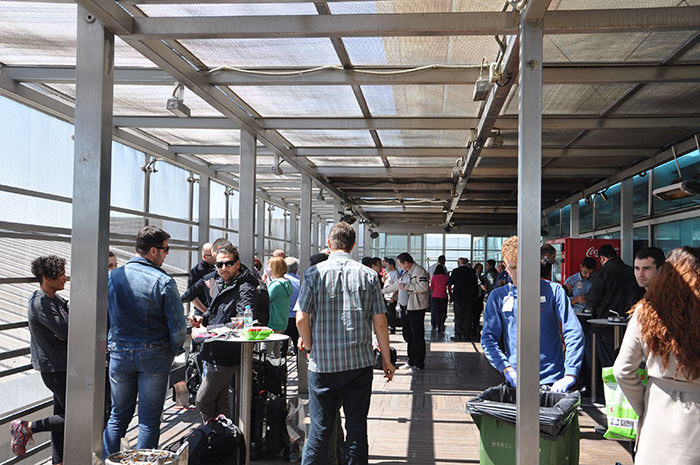 A convict of Indian origin managed to escape as he was being extradited to India in the company of two British police officers. The unidentified convict was waiting to board a plane to New Delhi at Istanbul Atatürk Airport late Tuesday alongside two accompanying officers from London.

He asked the officers if he could smoke as the trio waited at the airport terminal. The officers gave him permission and took him to a space allocated to smokers. The space was surrounded by steel fences and the non-smoking officers waited outside while he smoked.

All of a sudden, the convict, as seen in security camera footage, climbed up the fence and onto the roof of an adjacent building. After leaping onto the roof of an eatery for airport personnel, he climbed down to a parking lot outside the customs gate and disappeared.

British officers alerted airport police who blocked all the exits of the airport. The convict could not be found after a thorough search of the airport and is believed to be in hiding in Istanbul. An investigation was launched into the incident.