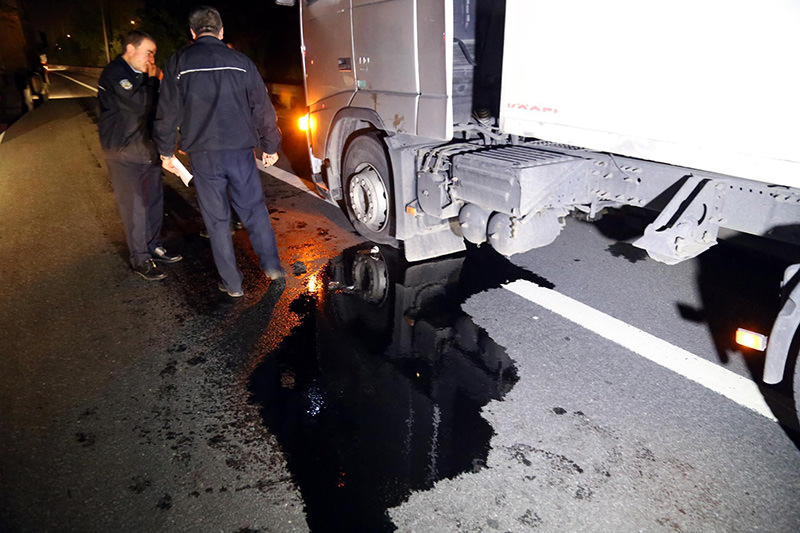 Off-duty police officers who were guarding northwestern Sakarya province Governor Hüseyin Avni Coş fired two shots at a truck on the TEM highway in the Kartepe district of Kocaeli province on early Monday reportedly in a dispute for right of way.

The incident took place on Turkey's busiest highway connecting the country's largest city and economic hub Istanbul and the capital Ankara. The officers, cruising in a civilian plated vehicle in the Istanbul direction, were reportedly off duty at the moment. One of the bullets blew out the left front tire of the truck, while the other bullet also hit the truck. The truck driver pulled over to the emergency lane and an argument started between the officers and the driver.

The highway was briefly closed to traffic following the incident, increasing the traffic density in the Istanbul direction.