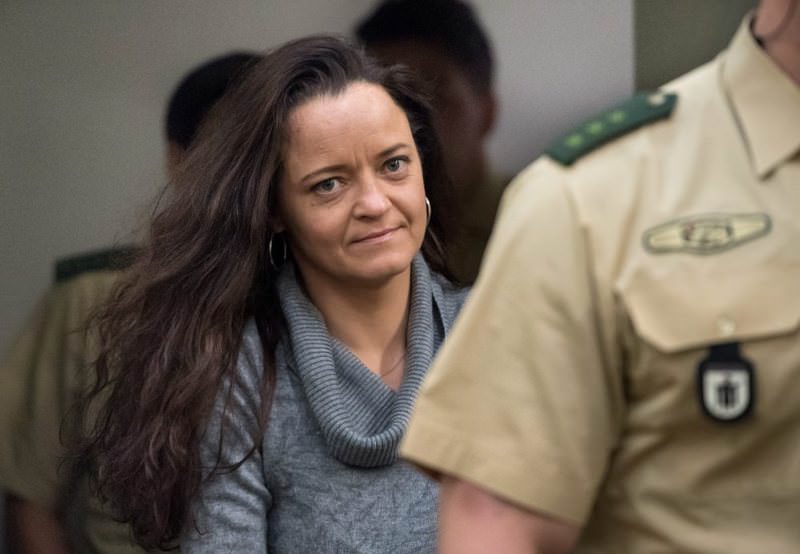 by Daily Sabah May 11, 2016 12:00 am
The troubles already facing a trial regarding the National Socialist Underground (NSU) gang included witnesses dying suddenly, allegations of a cover-up by German intelligence agencies, and no concrete progress in three years. The gang facing charges of killing eight Turks, a Greek national and a German policewoman in a racially-motivated killing spree. Now a 2010 flood apparently destroyed evidence relating to the case

Irene Mihalic, a Greens party lawmaker who is serving on a parliamentary inquiry committee on the NSU, said she was informed that several documents regarding the case disappeared in the 2010 Saxony floods. The document was related to Ralf Marschner, a neo-Nazi figure known code named "Primus" by German intelligence, which hired him as an informant on the neo-Nazi scene in Germany. Quoted by German media outlets, Mihalic said the prosecutor's office in Chemnitz investigating the case told the committee that documents regarding Marschner went missing in a flood disaster, and added that it was "odd that the raging waters picked up these particular documents to carry away."

Ralf Marschner disappeared in 2007, although German media reports say he left Germany for Switzerland. His connection to the NSU case was first discovered after Uwe Mundlos, one of the three members of the gang, was found employed under a false name by a construction company owned by Marschner. Beate Zschaepe, the only remaining member of the gang and the sole person standing trial, is also believed to worked for another business run by Marschner.

Mundlos and Uwe Boehnhardt killed themselves after a foiled bank robbery led German police to their hideout in 2011. Their deaths, and the subsequent capture of Beate Zschaepe, revealed that the infamous "döner killings" between 2000 and 2006 were actually the work of the gang, not related to domestic disputes, as German authorities initially believed. The gang was also behind a bomb attack targeting a Turkish neighborhood in Cologne and a series of bank robberies. Beate Zschaepe has been on trial since 2013 in a Munich court, and she broke her silence only last year by releasing a written statement in which she denied awareness of the crimes which Mundlos and Boehnhardt are accused of, and denied involvement in the murders.

The NSU case was entangled with a string of incidents leading the families of the victims to doubt the gang's activities were properly investigated, and to suspect that German intelligence (known as the BND) had knowledge of the NSU's crimes, thanks to its informants in Germany's neo-Nazi underground. This is not the first time that documents deemed vital to the case have allegedly disappeared. German media has reported that the intelligence services destroyed documents containing information about accomplices of the NSU, after the gang came to light during the legal process.

The trial has also seen the deaths of witnesses. Melisa M., a woman linked to a neo-Nazi witness tied to the NSU, was found dead last year in her home, and two years before, another witness died under mysterious circumstances. Thomas R., another witness who was reportedly an informant for German intelligence, died of previously undiagnosed diabetes in 2014. Although foul play was not at first suspected in the deaths, the subsequent deaths of witnesses has raised suspicions.
RELATED TOPICS