Turkey prepares to ask US to extradite Fethullah Gülen 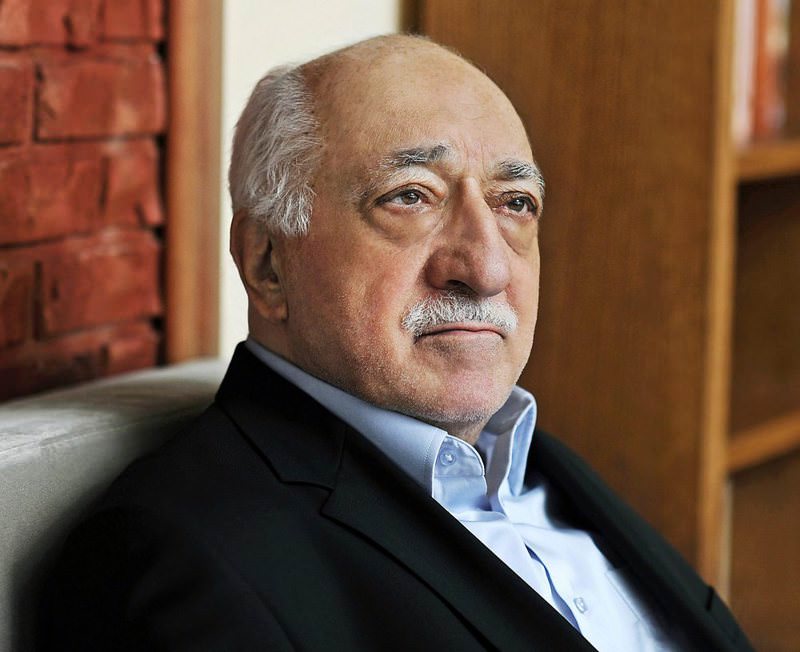 Gu00fclen has rejected calls to appear before the court in Istanbul and called on authorities for him to give testimony in the United States.
by Daily Sabah May 11, 2016 12:00 am

Months after he stood trial in absentia on charges of running a terrorist organization, Fethullah Gülen, the fugitive leader of the shady Gülen Movement, could face extradition from the United States as Turkey takes legal measures against the former cleric

The legal process to extradite Fethullah Gülen is set to gain momentum as a prosecutor's office in Turkey finalized the draft text for the extradition of the fugitive leader of the movement bearing his name from the United States where he has lived since 1999. The Sabah newspaper reported that prosecutors in Ankara put the final touches on an extradition request for the 75-year-old, retired imam, who stood trial in absentia for the first time in December on charges of running a terrorist organization. Prosecutors accuse the Gülen Movement of running a terror organization known as the FETÖ. The organization is allegedly behind two coup attempts in 2013, illegal wiretapping of hundreds of people, orchestrating sham trials to imprison Gülen's critics, money laundering and several other crimes. Gülen left Turkey for the U.S. in 1999 for medical treatment.

He lives on a property owned by the Gülen Movement in Saylorsburg, Pennsylvania where his followers occasionally broadcast his talks online.

Sabah reported that the draft text for his extradition request includes eight charges he is wanted for, including forgery of official documents, money laundering, fraud, defamation, embezzlement, illegal wiretapping, violation of privacy and illegal recording of personal data. FETÖ is accused of having infiltrators at the local and bureaucratic levels, including the police, judiciary and bureaucracy, all of them allegedly carrying out illegal acts on behalf of Gülen. Gülen himself is accused of being the mastermind behind the plots FETÖ is charged with, but likely did not play an active role in the charges he faces. The charge of forgery of official documents stems from the creation of false evidence in a series of cases where critics of the Gülen Movement or those deemed adversaries stood trial or faced prison time as a result of police officers, judges and prosecutors linked to the movement.

Gülenists are accused of being behind the Balyoz (Sledgehammer), Ergenekon and Selam Tevhid cases in which hundreds of military officers, journalists, academics and other prominent figures were either accused of planning military coups or running criminal organizations. Many defendants were released pending trial after renewed legal processes found they were detained, arrested and convicted on trumped-up charges or falsified evidence. Gülen is accused of ordering the wiretapping of prominent leaders as well as those linked to them through Gülenist police officers for the purposes of obtaining confidential information or creating fake audio recordings to implicate them in a number of cases, prosecutors claim.

Prosecutors detailed in the extradition request that Gülenists worked for about four decades to infiltrate state institutions and form their own cadres in the upper echelons of the bureaucracy, law enforcement and the judiciary. The draft text says Gülenist cadres used religion to attract followers to the movement. Gülen is accused of fraud and money laundering for a scheme involving unsuspecting sympathizers who were convinced to donate money to charities run by the movement. Earlier inquiries revealed that Gülenists funneled donations to private companies for use in the illegal FETÖ activities.

The extradition request states that Gülen sent instructions to his followers through private messengers while orders on the course of action the followers should take were relayed to them with "encrypted messages in his talks," which were broadcast online. It adds that Gülen was the architect of a plot to supply questions and answers to movement members for exams for admission into the public sector in order to establish bureaucratic cadres, referring to a mass cheating scandal on a civil servant exam that has been in the spotlight.

Prosecutors also accuse Gülen of collecting private information of notable people for blackmail. "He imprisoned people opposing the movement through trials and ordered that weapons and bombs be planted in the residences of people targeted by [Gülenists] to implicate them in trials," the draft text reads in reference to the Ergenekon trial in which defendants were accused of planning to stage acts of violence with weapons found in caches in an investigation by Gülenist prosecutors eight years ago. Prosecutors also say Gülen is treated as "a holy personality" by his followers who work hard to collect donations for the movement.

Turkey and the U.S. have a mutual extradition agreement in place and Ankara counts on Washington, a close ally, to extradite Gülen. Turkey previously issued a "red notice" arrest warrant for Gülen. The extradition process may take a few years, according to experts, due to U.S. laws on the matter. This was the case with İbrahim Parlak, a Turkish national who lived in Michigan since the 1990s but was deported after a 2004 court decision as Turkey sought extradition for the murder of two soldiers in the 1980s when Parlak was a member of the outlawed PKK. However, a lengthy legal battle and political support from U.S. Congress helped him gain s deferral for his deportation.

The image of Gülenists as members of a religious movement has quickly dissolved since it was revealed the group was behind attempts to overthrow the government by implicating those close to the Ankara administration in a series of judicial probes in December 2013. Since then, hundreds have been forced to resign from their positions and the movement's alleged financiers, including renowned business figures, are in custody and accused of funding terrorism.

Although Gülenists are targeted in operations almost daily, it is believed that they still hold key positions in the bureaucracy, police and judiciary. The government plans to amend a widely criticized law that hinders the prosecution of civil servants involved in crimes, according to the media. Authorities have expelled or reassigned hundreds of officials over the past three years for their alleged links to the Gülen Movement, and several others, including former police chiefs, are facing lawsuits in a number of cases linked to the movement, from a cover-up in the murder of prominent Turkish-Armenian journalist Hrant Dink in 2007 to the wiretapping of hundreds of people for alleged purpose of blackmail.
RELATED TOPICS