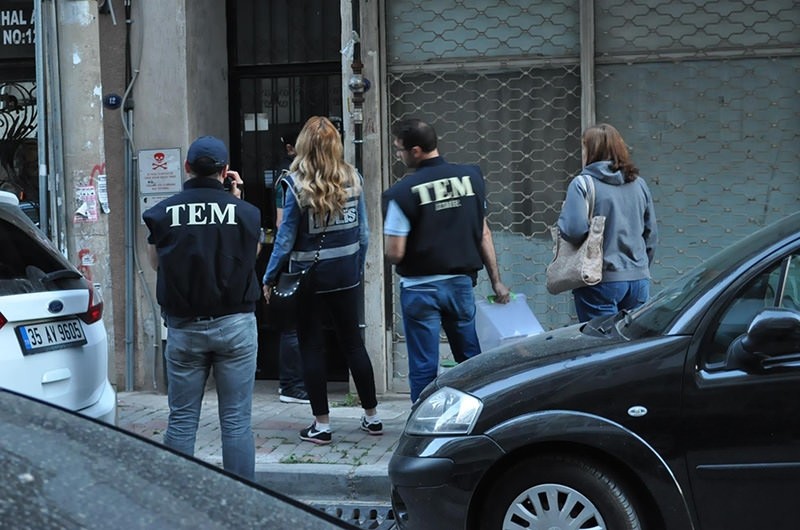 Police detained 49 suspects yesterday in two operations against the alleged Gülenist Terror Organization (FETÖ), as Turkey steps up efforts to curb the group's shady activities. Mehmet Mezher Gülen, who is the nephew of the movement's self-exiled leader, Fethullah Gülen, was also among the detained.

The operations were conducted in the western provinces of İzmir and Manisa at 80 different addresses with 500 police officers. Some 29 suspects were detained in İzmir and 20 others were detained in Manisa. Gülen's nephew is allegedly in charge of all Gülenist private and preparatory schools across Turkey. Schools are known to be a major financial source for Gülenists and places to recruit new followers to the movement. Gülen, who is the prime suspect in a number of FETÖ cases involving terrorism, is wanted by Turkish courts where prosecutors seek multiple life sentences. Gülenists are accused of attempting coups using infiltrators in the police and judiciary who were behind two judicial inquiries seeking to imprison relatives and acquaintances of government officials in 2013 on trumped-up charges. Since then, thousands of Gülenist infiltrators have been purged from their positions and authorities launched a crackdown on the Gülen Movement.

This is not the first time that the relatives of Gülen were implicated in cases against Gülenists. A trial where several police officers are accused of covering up the involvement of Gülen's deceased brother and one of his nephews in the rape of a mentally disabled girl in the fugitive cleric's hometown Erzurum is still underway.

In related news, Hacı Boydak, former executive of the business conglomerate Boydak, was released yesterday from prison after he and other executives, including his brothers, were arrested in March on charges of financing the FETÖ. A court in Kayseri where Boydak is headquartered ruled for the release under judicial control and issued a ban to travel abroad for Boydak while prosecutor's office objected to the verdict. Boydak was not released as Daily Sabah went to print. The court sustained the detention of his brother, Memduh Boydak. Another brother of Hacı Boydak was released earlier with judicial control.