Turkey's State Supervisory Board to oversee fight against Gülenists 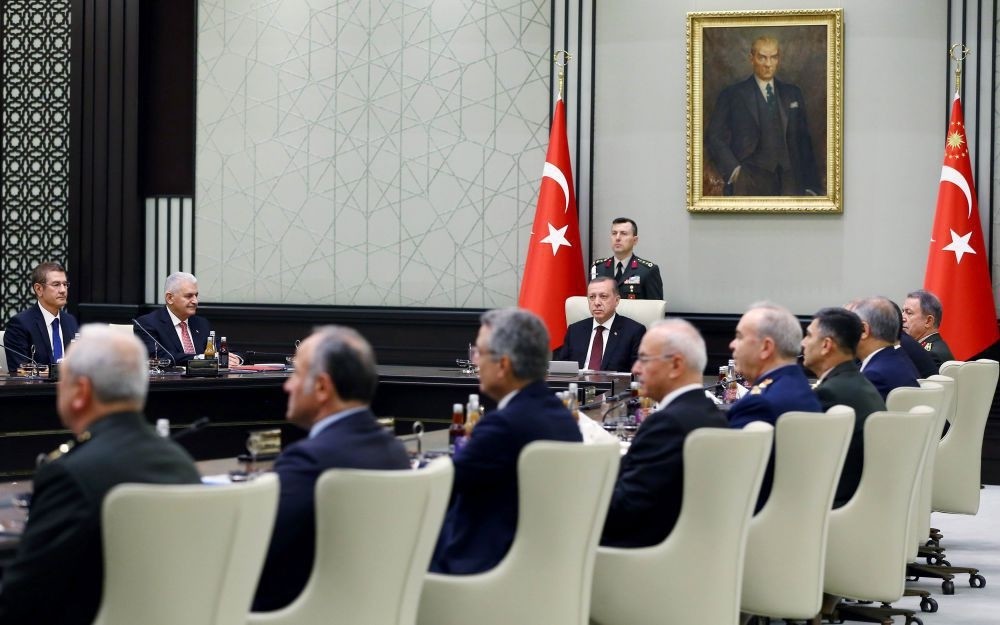 The National Security Council (MGK) during ts meeting on May 26 designated the Gu00fclenists as terrorists, a decision that is expected to be approved by the government.
by Ahmet Topal Jun 06, 2016 12:00 am

The presidency's State Supervisory Board will take a leading part in the fight against the Gülenist Terror Organization (FETÖ) as per the decision taken at the May 26 meeting of the National Security Council (MGK), the highest advisory board in the country, chaired by the president and attended by top ministers, security officials and military officers.

The coordination council formed within the Prime Ministry to conduct the fight against Gülenists will continue to oversee day-to-day activities while the State Supervisory Board will act as a databank and guide. The board had recently begun a comprehensive analysis of the financial resources and human capital of the group. The coordination council brings together representatives of various security agencies to remove Gülenist moles within the state.

The same MGK meeting had decided to refer to the group as FETÖ, which will need Cabinet approval to come into effect. The government is expected to confirm the decision at its meeting this week. The decision will pave the way for Gülenist operatives to be tried as terrorists, like PKK and DAESH members.

The Gülen Movement, led by fugitive imam Fethullah Gülen, controls many media, education and financial institutions both in Turkey and abroad. Gülen, who currently lives in an estate in Pennsylvania in the U.S., continues to control the criminal network through its operatives in the state and private sector. Since its attempt to topple Turkey's democratically elected government late in 2013, there has been a comprehensive effort to remove its operatives in the judiciary and other state institutions while tackling its financiers in the private sector.
RELATED TOPICS