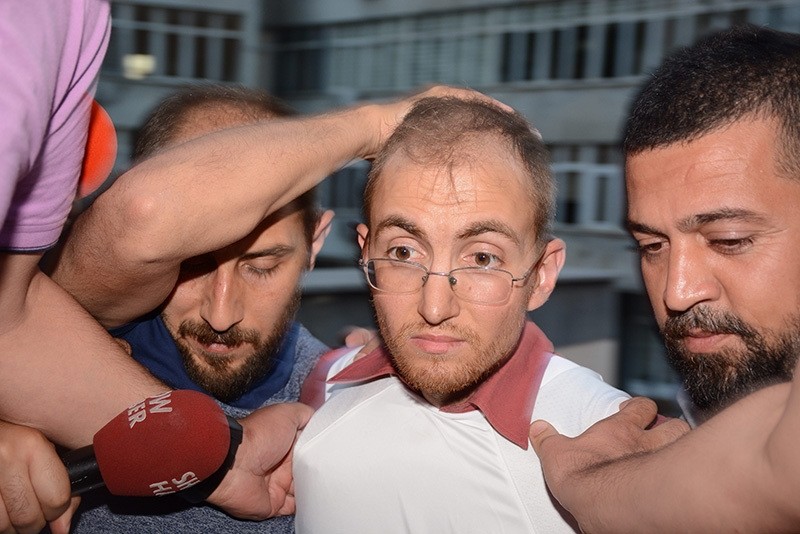 A court in Ankara ruled for the arrest of Atalay Filiz, 29, for the two murders in 2013 he was wanted for. Filiz, touted as the ultimate serial killer in the Turkish media for three murders between 2013 and last month, was captured last Sunday in western Turkey.

Filiz testified before the court in the capital via video link from a prison in Istanbul where he is being held. The 1st Heavy Criminal Court in Ankara ordered his arrest for the killing of Göktuğ Demirarslan and his Russian girlfriend Elena Radchikova in 2013, and also requested Forensics Institute conduct a mental health examination. A separate investigation is underway for another murder he is suspected of committing in Istanbul.

Filiz was captured in İzmir where he had been hiding since the May 28 murder of a 40-year-old woman in Istanbul's Tuzla district.

He had been on the run from police since 2013 after he shot dead Demirarslan and Radchikova. The victims were his friends from his time in school in France. He said in his first interrogation that he killed the couple because they were asking him questions about Olga Seregina. Seregina was Filiz's girlfriend while in France and has been missing since 2011, but he has denied any involvement in her disappearance. He told police that he stabbed Fatma Kayıkçı, 40, to death after she recognized his true identity while he was living next door to the woman to whom he introduced himself under a fake name.

Depicted as a smart, refined and multilingual in the media and an expert survivalist, Filiz was captured after he left his hideout in a forest where he was "fed up living with insects and starving," according to his interrogation. He said he was a high school dropout but convinced his family that he graduated from a French university and completed a master's degree at a Turkish university.

Filiz was calm when he was captured and apparently sane, but further questioning by police determined that he might be mentally unstable or pretending to be so. Filiz later told police he committed the murders as well as several minor thefts in the past after "some powers instructed him to commit the crimes via messages in newspapers."