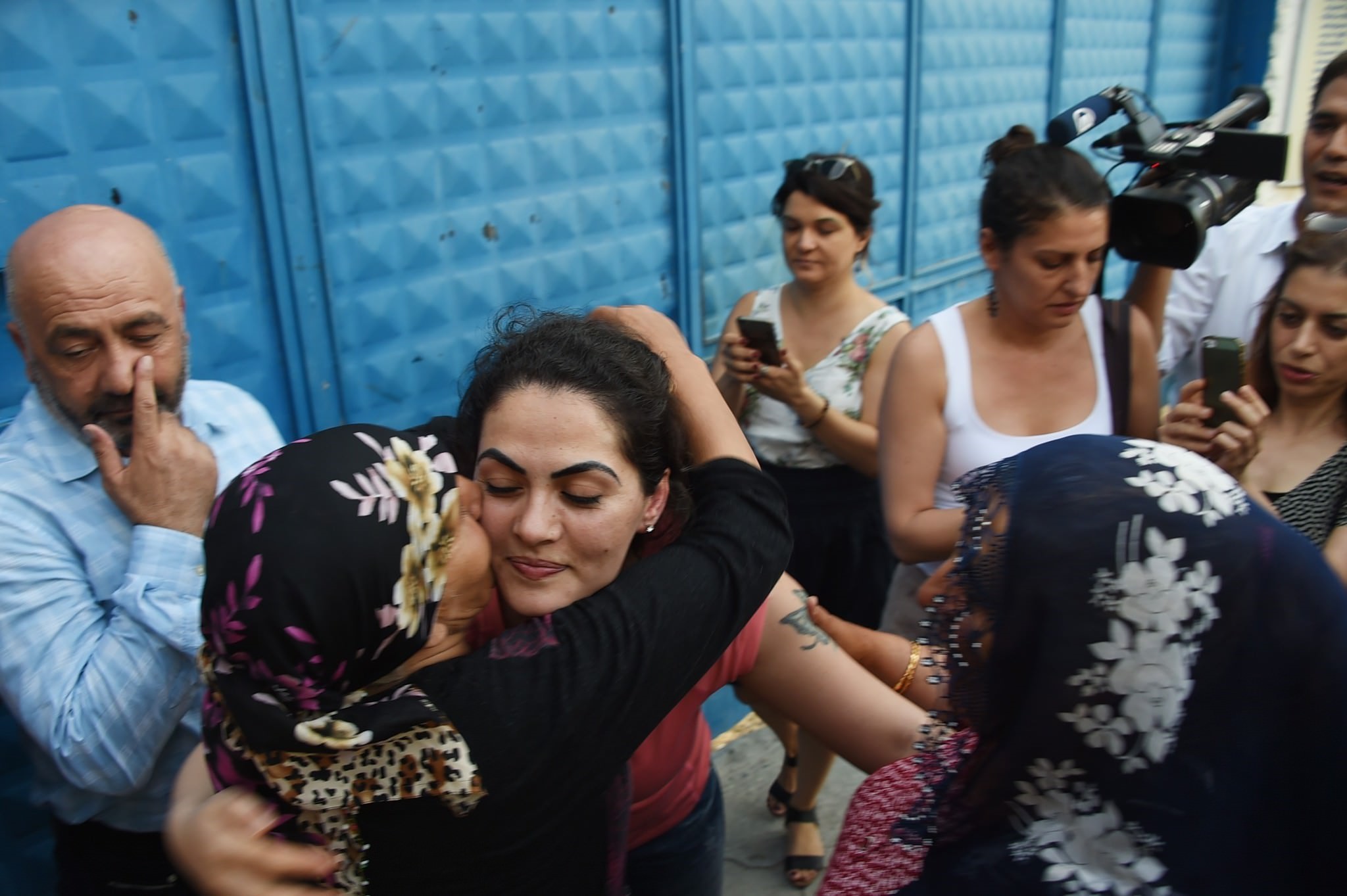 In a landmark case on violence against women, a Turkish court decided Monday for the release on bail for Çilem Doğan, who was earlier sentenced to 15 years of prison for murdering her husband who repeatedly abused Doğan and forced her to commit prostitution.

The Adana 10th Criminal Court ruled for the release of Doğan from the prison with a 50,000 Turkish lira ($17,200) bail until the Supreme Court of Appeals rules for a final verdict on Doğan's appeal. Doğan's family paid the money on Monday afternoon for their daughter's release, and Çilem Doğan was released from Tarsus district prison.

Doğan's attorney, who demanded release to prevent further victimizing of Doğan and her 2.5 years old daughter, stated the verdict is victory for women who became victims of violence and abuse.

Doğan was punished an aggravated life sentence for voluntary manslaughter on June 8 for killing her husband. The sentence was deducted to 18 years of prison for unjust provocation, and further reduced by three years for good conduct during the trials. The court president asked for Doğan's acquittal due to fear, thrill or rush occurred during self-defense, while other judges applied sentence reduction, common in the murder of women by their spouses showing good conduct during legal proceedings

The case received widespread public and media attention to the plight of victims of domestic abuse.

Doğan, 24, made headlines when she appeared among police officers following her arrest in June 2015, with a T-shirt reading "Dear Past, Thanks For All The Lessons," and posing with her thumbs up. The young woman repeatedly sought police protection against her abusive husband and due to his threats, retracted several complaints she made before the murder, Doğan told the police.

Çilem Doğan told the court during her final hearing that she had no option but to shoot her husband, who she accused of forcing her into prostitution.

"I walked many times in the halls of this courthouse with bruises on my body, filing for protection. I wasn't left any options [other than killing]," she said.