Fethullah Gülen and dozens on trial for plot to jail officers 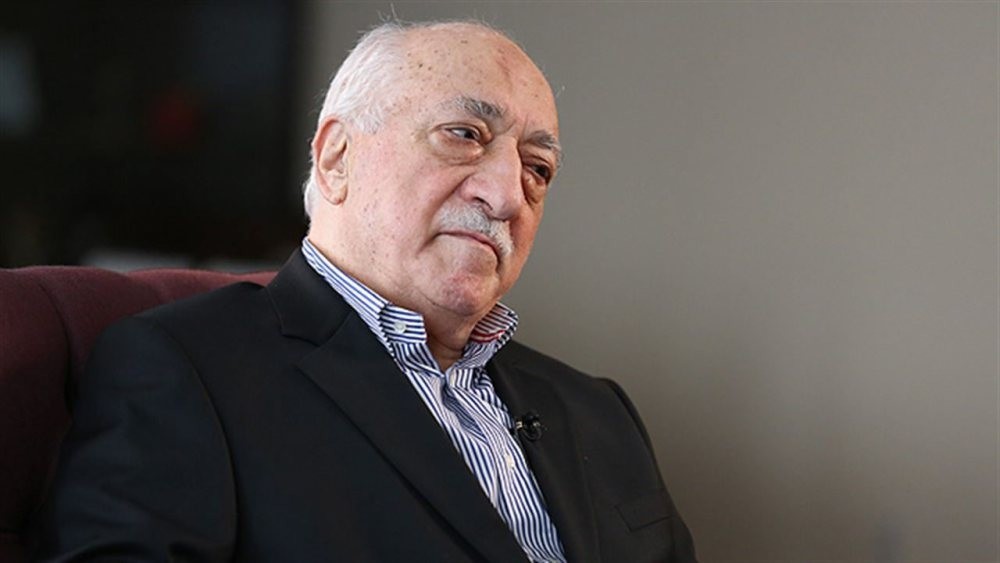 Fethullah Gu00fclen faces multiple prison terms in separate cases for running a terrorist organization and trying to overthrow the government.
by Daily Sabah with Agencies Jun 22, 2016 12:00 am

A trial that started Tuesday in western Turkey is next in the legal battles for Fethullah Gülen, a retired imam accused of plotting to jail his foes in sham trials. Gülen and his accomplices in law enforcement are accused of forging evidence to imprison hundreds of military officers

Months after they were acquitted and released, the defendants in a military espionage trial will return to court, but for a very different reason this time. The defendants, mostly military officers, flocked to a packed courtroom in the city of İzmir yesterday to see once-powerful police chiefs take the stand for the defendants. Sixty-eight defendants are on trial for plotting to imprison military officers and others through forged evidence to implicate them with charges of supplying confidential information to foreign intelligence services. In the first hearing of the trial, the chief defendant was missing as usual. He is Fethullah Gülen, a prominent cleric who made his name through weekly sermons to the faithful at the mosques of this city decades ago. Gülen, as in past trials where he was charged with running a terrorist organization bent on toppling the government, is being tried in absentia as he is reluctant to return to the country from the United States, where he has resided for nearly two decades.

The terror organization bearing Gülen's name already stands accused of plotting to imprison critics of the Gülen Movement, which evolved from a simple religious group to "a national threat" as designated by the Turkish state recently. Through his sympathizers inside the police, judiciary, bureaucracy and the armed forces, Gülen is accused of blackmailing and imprisoning those opposing Gülenist infiltration in these agencies.

In 2010, the İzmir branch of the National Police Department launched an investigation based on an anonymous tip-off sent by email, and detained 357 people including high-ranking officers. Defendants were found in possession of confidential information about military facilities based on the evidence that they were collecting the information with the purpose of giving it to foreign intelligence service agents according to the indictments. Officers have long objected to the case and claimed they were implicated with charges based on false evidence. They have claimed the evidence, mostly videos and documents found in their computers, was "planted." A court ruled for their acquittal in February, six years after the case started and three years after Gülenists emerged as a threat after they attempted to stage two coups according to the prosecutors.

Twenty-five people were arrested and 43 others were released pending trial. Defendants include former İzmir police chief Ali Bilkay, who headed the local law enforcement at the time of the military espionage operation, as well as inspectors from the Internal Affairs Bureau.

Coşkun Başbuğ, a retired colonel who was implicated in the military espionage trial, was among those watching the trial. Speaking to reporters before the hearing, Başbuğ said he and other defendants in the case have always told the court they were victims "of a great game." "We always said this was a plot but we had trouble to make ourselves believed. In the end, they found us right and the court confirmed that there was a plot. This is a historical moment for me because I told those who imprisoned us would be held accountable before courts one day," he said.

Gülenists are accused of being behind the Balyoz (Sledgehammer), Ergenekon and Selam Tevhid cases in which hundreds of military officers, journalists, academics and other prominent figures were either accused of planning military coups or running criminal organizations. Many defendants were released pending trial after renewed legal processes found they were detained, arrested and convicted on trumped-up charges or falsified evidence. Gülen is accused of ordering the wiretapping of prominent leaders as well as those linked to them through Gülenist police officers for the purposes of obtaining confidential information or creating fake audio recordings to implicate them in a number of cases, prosecutors claim.
Last Update: Jun 22, 2016 2:42 pm
RELATED TOPICS