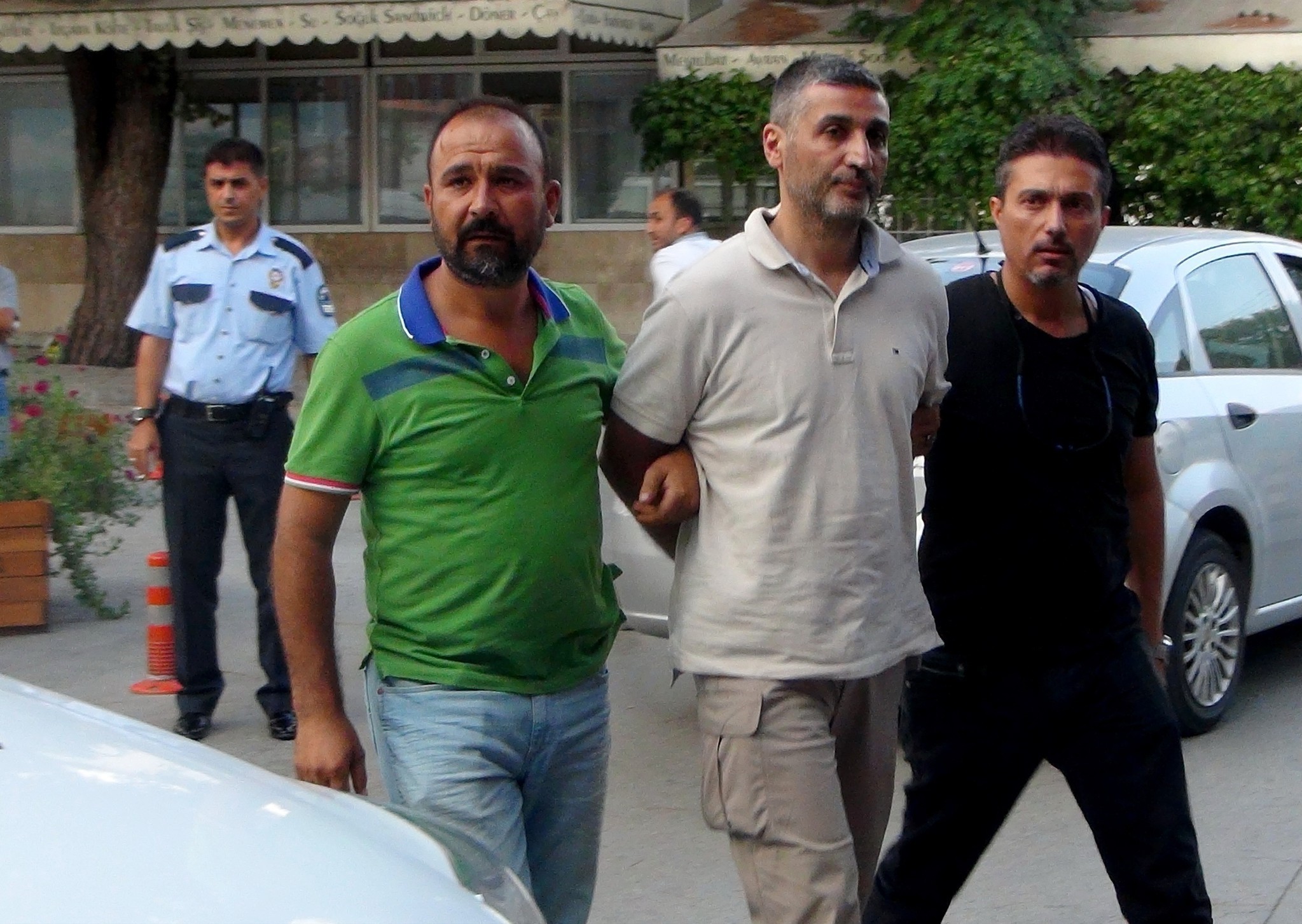 Brigadier General Gökhan Sönmezateş, a military official who took part in the plan to assassinate President Recep Tayyip Erdoğan during the failed Gülenist coup attempt, on Thursday made a special request to prosecutors in Ankara.

Confessing that he committed a major crime and was in fact on his way to capture Erdoğan and take him to Ankara from Marmaris, Sönmezateş requested that his wife would divorce him and that his children would change their surnames.

"I was in the brigade attempting to stage a coup. We went to Marmaris to get Erdoğan. I know that the punishment of this is death penalty. I am not a Gülenist," he said.

Among the soldiers who were arrested Monday in the Marmaris district of Muğla for taking orders from coup plotters to assassinate Erdoğan, Brigadier General Gökhan Sönmezateş was the one who coordinated the plan.

He denied having anything to do with Gülenists all his life and said that he was deceived by them.

Sönmezateş was in command of 14 officers from the Special Forces Command, 12 soldiers from the Search and Rescue Team, two from Underwater Offence (SAT) commandos who went to Marmaris for the assassination mission.

Talking at the İzmir Çiğli Air Base before the mission, Sönmezateş had said: "A coup is being staged at this moment. We are following the orders of the General Staff. We take our orders from General Hulusi Akar. Bring Mr. President Recep Tayyip Erdoğan to Ankara; alive if possible, dead as a last resort. Die if you must but definitely take him to Ankara."

Regarding the assassination attempt, Erdoğan had said the plotters had tried to attack him in the resort town of Marmaris and had bombed locations where he had been just shortly after he left. He "escaped death by minutes," an official said.

In the operation to kill the president, around 25 soldiers in helicopters raided a hotel in Marmaris, coming down on ropes and shooting just after Erdoğan had left in an apparent attempt to seize him, broadcaster CNN Türk said previously.

Furthermore, Colonel Ali Yazıcı, Erdoğan's aide-de-camp, was taken into custody for complicity in the coup attempt on Sunday and was formally arrested on Wednesday. While Erdoğan was in Marmaris, Yazıcı, who was supposed to be with the president at all times, was in Ankara while the coup attempt was ongoing. The media reported that he called one of Erdoğan's private personnel dozens of times and insisted to know where Erdoğan was at the time.