Impossible for July 15 coup to be staged without Gülen's knowledge and instruction, says supporter 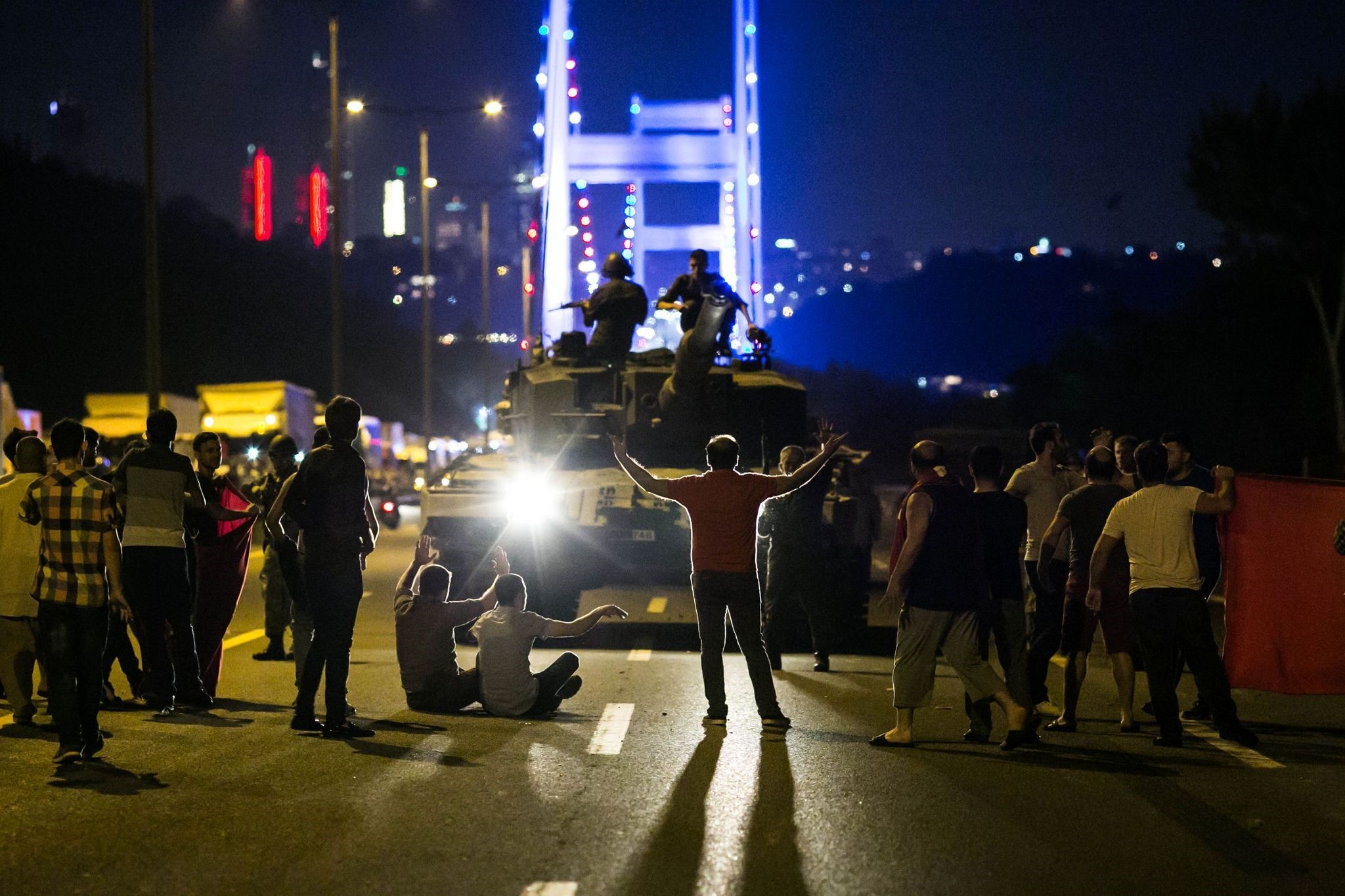 People take over a tank near the Fatih Sultan Mehmet bridge during clashes with military forces in Istanbul on July 16, 2016. (AFP Photo)
by Anadolu Agency Jul 22, 2016 12:00 am

A former Turkish deputy police chief in Ankara has said it was "impossible" for the July 15 coup attempt to occur without the instruction of U.S.-based preacher Fetullah Gülen.

"It is impossible that the coup [was attempted] on July 15 without Fetullah Gülen's knowledge and instruction," Gürsel Aktepe, who was arrested over his alleged connection to the coup attempt, said in his testimony on Thursday.

On the night of the failed coup, Aktepe said he received a message that read: "The coup has occurred. For assistance, everyone must go near to the places they used to previously work."

The government has said the attempted coup was organized by followers of Fetullah Terrorist Organization (FETO) led by Gülen.

Aktepe, who mostly worked in intelligence departments while on duty, said he attended a divinity school and took part in gatherings held by Gülen supporters while he was a university student.

He admitted being a sympathizer of Gülen and said he went to the U.S. while he was on duty. Aktepe said he stayed in Gülen's Pennsylvania mansion for two days.

He also faced a search warrant as part of illegal wiretapping probe - in which Gülen's followers are accused of eavesdropping top government officials in 2015.

Aktepe said the Gülenist movement gave him 4.500 TL (around $1400) every month after he was dismissed from his position as Ankara deputy police chief after a domestic security bill last year.

He used to receive money from a person with the code name 'Zübeyir', who works for Samanyolu College linked to the Gülenist movement.

At least 246 people, including members of the security forces and civilians, were killed and nearly 1,500 others wounded as they protested against the coup.

Gülen is also accused of a long-running campaign to overthrow the state through supporters within the Turkish institutions, particularly the military, police and judiciary, forming the parallel state.