'No restrictions on freedoms' amid state of emergency in Turkey, Deputy PM says 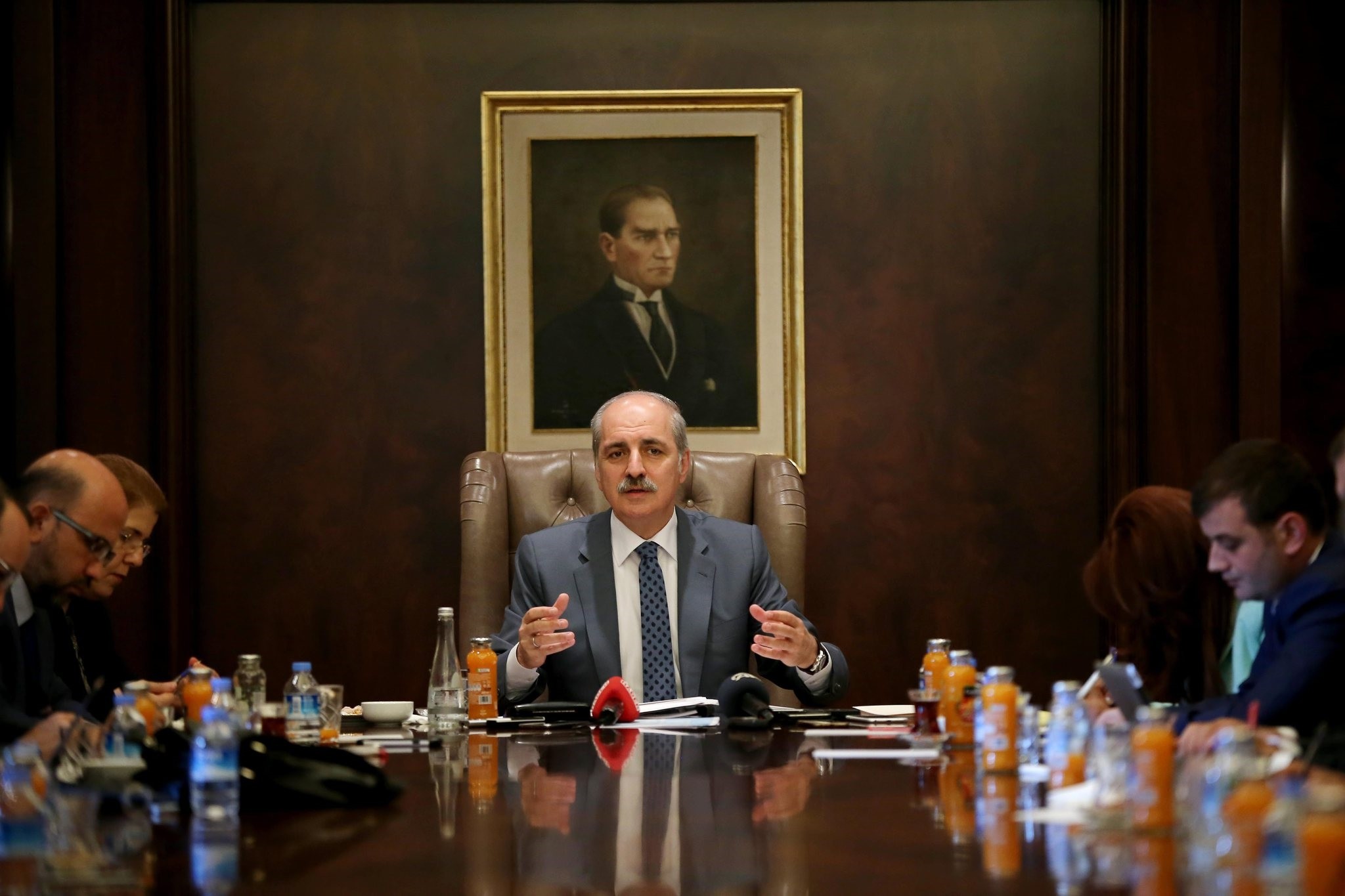 There will be no rolling back on democracy and limiting basic rights and freedoms in the state of emergency, Turkey's Deputy Prime Minister Numan Kurtulmuş said on Friday.

Speaking to a group of media associations in the capital Ankara, Kurtulmuş said the "state of emergency is not for the nation but for the state."

"It is a decision taken against FETÖ which is embedded in the country's institutions," he said. "It is just to make our work faster and more effective."

Kurtulmuş denied claims that human rights have been suspended by the state of emergency and said it may last less than three months.

"It is the nation who will win this fight against all terrorist organizations [such as] FETÖ, PKK and Daesh," he said.

Turkey's declaration of a three-month state of emergency following a deadly coup attempt on July 15 has raised questions over what is to come in the possible three months ahead.

"The purpose of the state of emergency is to most effectively and swiftly take steps necessary to eliminate the threat to democracy in our country, the rule of law, and the rights and freedom of our citizens," Turkish President Recep Tayyip Erdoğan also said previously.

Turkish parliament approved the government's bill on declaration of the state of emergency for a three month period on Thursday, which went into effect early in the day upon government's proposal.

461 deputies attended to the voting at the general assembly, of which 346 voted in favor of the bill, while 115 deputies voted against it.

According to the Turkish Constitution, the state of emergency can be declared for a maximum period of six months when serious indications of widespread violence, aimed at removing the free democracy environment or the basic rights and freedoms established by the Constitution, appear; or when the public order is distorted severely due to acts of violence.