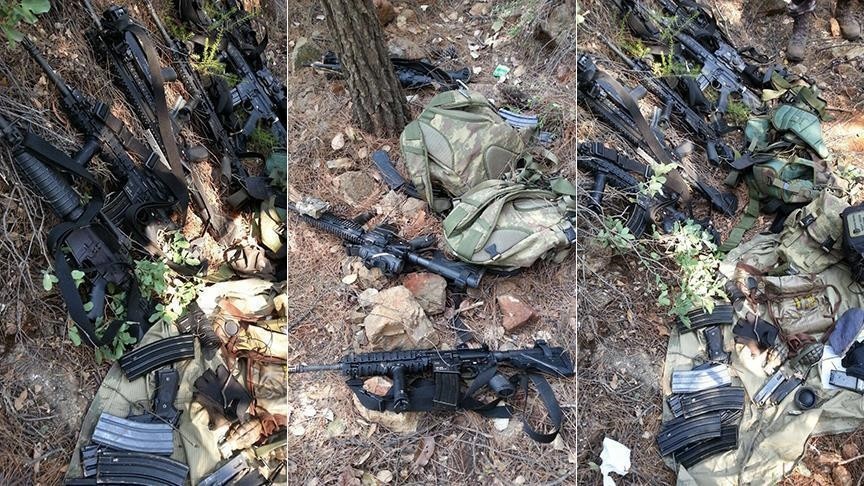 12 assault rifles, six cartridge clips and three grenades, were found in a forested area near the Grand Yazici Marmaris Hotel outside Marmaris, where the president had been staying on the night of July 15. (AA Photo)
by Anadolu Agency Jul 22, 2016 12:00 am

According to sources who spoke on the condition of anonymity, the equipment -- including 12 assault rifles, six cartridge clips and three grenades, were found in a forested area near the Grand Yazıcı Marmaris Hotel outside Marmaris, where the president had been staying on the night of July 15.

An operation is still underway to capture the helicopter-borne troops who attacked the hotel on Friday night a short time after Erdoğan had left the area for Istanbul after being alerted to the coup attempt.

Two police officers were killed in the ensuing gun battle and seven others were injured.