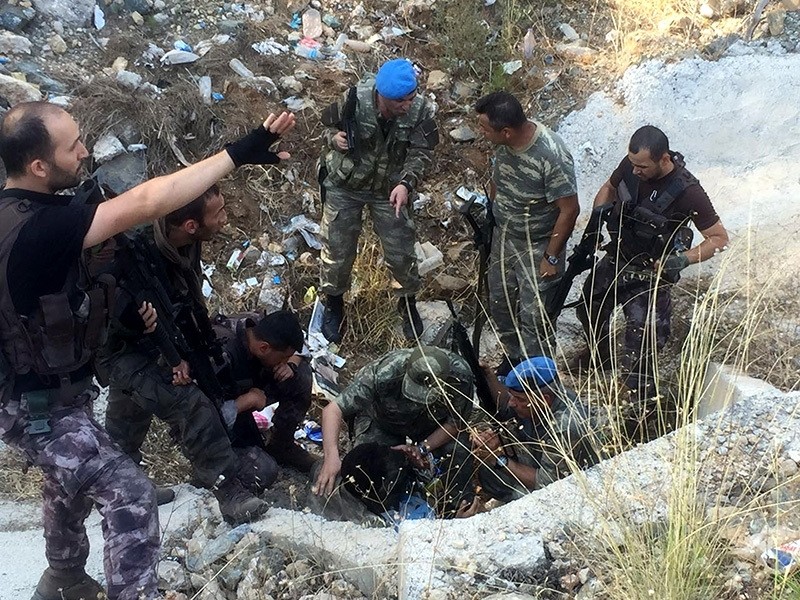 Seven soldiers allegedly involved in the assassination attempt on Turkish President Recep Tayyip Erdoğan at his hotel in Marmaris during the July 15 failed coup were detained in southwestern Turkey on Monday, security sources said.

The sources, who spoke on condition of anonymity due to restrictions on talking to the media, told Anadolu Agency that Maj. Taner Berber and sergeants İlyas Yaşar and Gökhan Güçlü were accused of being among the soldiers who attacked Erdoğan's hotel in Marmaris, on the Mediterranean coast.

Four more soldiers involved in the attack were captured hiding inside a culvert later in the day. Their names were acknowledged as sergeants Zekeriya Kuzu, who reportedly is the main Gülenist figure of the Çiğli Air Base, Ömer Faruk Göçmen, Abdülhamit Gülerden and Erkan Çıkat.

An operation is still underway to capture other soldiers who attacked the hotel the night of the coup, narrowly missing the president, who had left for Istanbul after learning of the coup attempt.

So far, 25 soldiers have been remanded in custody for their alleged links to the Marmaris attack.

Turkey's government has repeatedly said the deadly coup attempt on July 15, which martyred at least 246 people and injured more than 2,100 others, was organized by followers of U.S.-based preacher Fethullah Gülen.