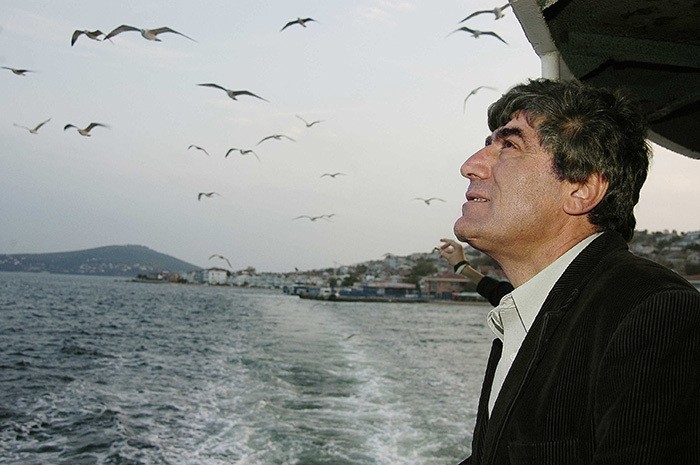 Police detained five people, including military personnel yesterday in connection with an ongoing probe over the 2007 assassination of Armenian-Turkish journalist Hrant Dink, according to a police source.

The detainees are four gendarmerie officers and the owner of a publishing house. Their identities were not revealed. Three officers were detained in Istanbul where Dink was murdered while one was detained in Trabzon, a northern city and hometown of Dink's assassin Ogün Samast.

Dink, the then editor-in-chief of the Armenian Agos weekly, was assassinated outside his Istanbul office on Jan. 19, 2007 in a murder initially attributed to nationalists disturbed by his outspokenness on the Armenian genocide, a thorny issue for Turkey and especially nationalists. Samast, 17, was captured and sentenced to 23 years in prison, but further inquiry found several public and police officials linked to the Gülen Movement tried to cover up the case.

Several former senior police officers with ties to the Gülen Movement were arrested on charges of deliberate negligence for hiding tips about Samast and the person behind the murder plot who was a police informant.

The Gülen Movement is accused of trying to shift blame for the murder onto others, including Ergenekon, a fictional gang of generals, journalists and several other prominent figures who were imprisoned after a trial conducted by Gülenist prosecutors. All the defendants in the Ergenekon case were released years later after investigations revealed that they were imprisoned by prosecutors and judges close to the movement based on forged and false evidence.

A group of activists who call themselves "Friends of Hrant" have staged protests since the trial began, following Samast's capture shortly after Dink's murder. The activists have repeatedly called on the state to find the "real culprits" in the case, pointing to police officers and other officials involved in the alleged cover-up.