Was American taxpayers’ money used for coup in Turkey? US documentary director asks 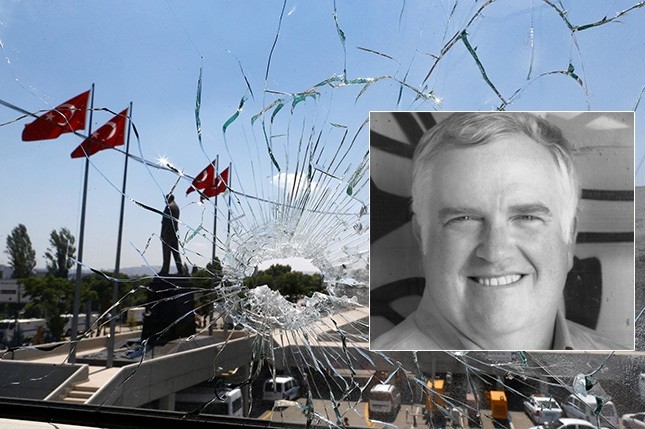 A documentary director focusing on the Gülenist Terror Organization's (FETÖ) web of charter schools in the United States has criticized the U.S. government for providing federal financial aid to the network of schools in the country.

Criticizing the U.S. federal support to Gülenist charter schools, Mark Hall, director of "KillingEd" said, "Now I ask: Were our taxes spent to carry out a violent military coup in Turkey?"

Hall said he was not surprised by the July 15 failed coup attempt against Turkey's democratically elected government.

"The coup attempt against Turkey by Fetullah Gülen and his followers is a worrying situation. After focusing on the Gülenists for fıve years for my documentary fılm 'Killing Ed,' I was not surprised that they attempted to overthrow the government. They have had a wearing and corruptive affect in the U.S.," Hall said.

Claiming that FETÖ has put many politicians, journalists, and academics under its influence, Hall added: "It drew my attention that the U.S. would pay nearly $500 million per year to manage 150 schools."

The director also said that he hopes the U.S. extradites Gülen to Turkey.

Residing in Pennsylvania since 1999, FETÖ's ringleader, Fetullah Gülen, is known as the man who controls these schools and the $500 million annual income he gets for these from the U.S. government, according to some U.S. media reports.

The schools in the U.S., some of which have changed names over time, were opened in the late 1990's and early 2000's. Around 60,000 students attend the schools annually.

According to another recent article written by Valerie Straus at the Washington Post, FETÖ's 46 schools only in Texas, get $250 million from the U.S. government.

Having huge resources already from the charter schools, FETÖ's economic volume is even bigger when its other functioning structures - such as companies, firms - in the U.S. are considered.