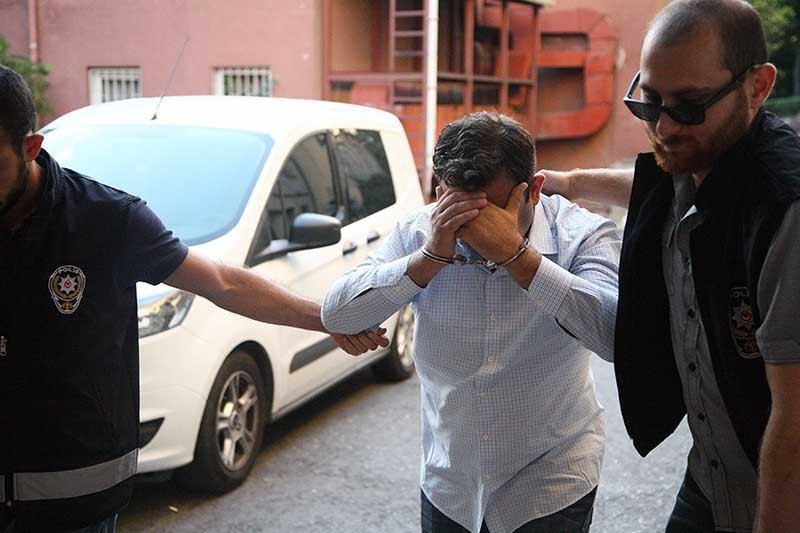 Simultaneous police raids were conducted yesterday on 44 companies in Istanbul as part of an investigation into the Gülenist Terror Group (FETÖ), which the companies are accused of funding, according to security sources.

Speaking on condition of anonymity due to restrictions on talking to the media, the sources said the Istanbul Counter-Financial Crimes Branch Directorate conducted the raids on these companies in the Üsküdar and Ümraniye districts with riot police support.

Arrest warrants were issued for a total of 120 people, all of them company executives, the sources said. Police searches of company buildings have continued all day.

A wave of detentions following the July 15 coup attempt resulted in roughly 26,000 arrests across Turkey. Senior business figures, as well as members of the military, police officers, judges, prosecutors and teachers, are among those detained.

According to the Turkish government, the July 15 coup attempt, which left 240 people martyred and nearly 2,200 injured, was organized by followers of Fethullah Gülen, who has lived in self-imposed exile in the state of Pennsylvania in the U.S. since 1999, along with members of his FETÖ network.

Gülen has lead a long-running campaign to overthrow the Turkish state through infiltration of key Turkish institutions, particularly the military, the police and judiciary, forming the parallel state.

Speaking to a group of journalists in the Turkish province of Malatya, Customs and Trade Minister Bülent Tüfenkci said last week that the government has investigated firms with suspected ties to FETÖ, adding that they have identified 250 companies with links to the terror group.

While nationwide operations to dissolve the FETÖ's network of companies are ongoing, new intelligence data obtained by the Internal Affairs Ministry regarding the financial disclosures of these companies has revealed that these companies illegally transferred money to the FETÖ. Various steps will be taken to completely dissolve FETÖ's financial pillar, which is currently estimated to be worth nearly $150 billion.

The Finance Ministry's Presidency of Tax Inspection Board has taken an inventory of the real estate and bank account records of companies with links to FETÖ. The board is working in cooperation with local police, officials from the health sector along with authorities from the Ministry of National Education, credit agencies and authorities of school dormitories. Investigations are being conducted on grounds that these companies are conducting "criminal laundering of revenue." Company executives that have supported FETÖ directly will be charged for "aiding and abetting terrorism." Movable properties leased by these companies are being transferred to public institutions that lack these. All accounts, including safe deposit boxes in banks and other financial institutions, are being blocked. Foreign exchange assets and checks in company treasuries are being turned into cash and deposited into bank accounts and their receivables will be collected accordingly.

The General Directorate of the National Estate is seizing all real estate properties owned by FETÖ-linked companies, along with land allocated to FETÖ by local municipalities and other institutions.