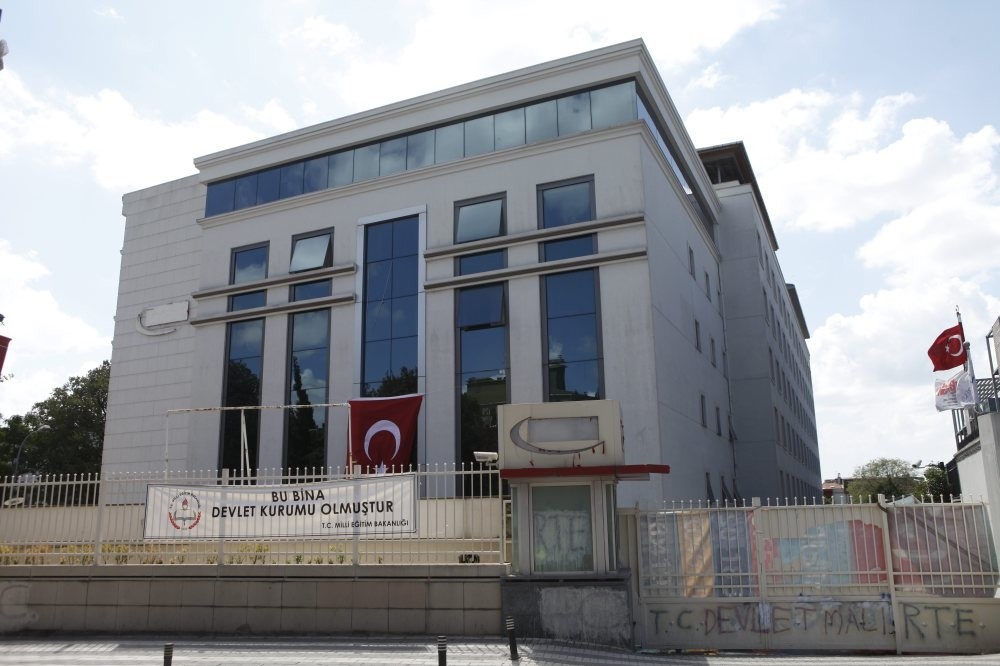 Schools linked to the Gülenist terror cult served as recruitment centers while shielding the group's espionage efforts across the country, recent investigations show

The secret passages and tunnels within the FEM prep school located in Istanbul's Altunizade neighborhood is just the tip of the iceberg, with many other FEM schools across the country founded and managed in accordance with similar principles.

FEM Altunizade was known as the crown jewel of fugitive Fethullah Gülen's educational empire. Gülen, the head of the Gülenist Terror Group (FETÖ) responsible for the bloody coup attempt on July 15, is currently residing in his expansive compound in Pennsylvania, U.S. Turkey has filed numerous complaints and extradition requests for his return to Turkey to face charges.

On the surface, FEM Altunizade, one of hundreds across Turkey run by Gülenists, used to be a place for high school students to prepare for university admission exams. However, while students were making career plans in one corner of the building, Gülen, who fled to the U.S. permanently in 1999, was involved in making sinister plans to take control over the state with the aid of his infiltrators within the police, judiciary and the military, as his former followers would expose years later. 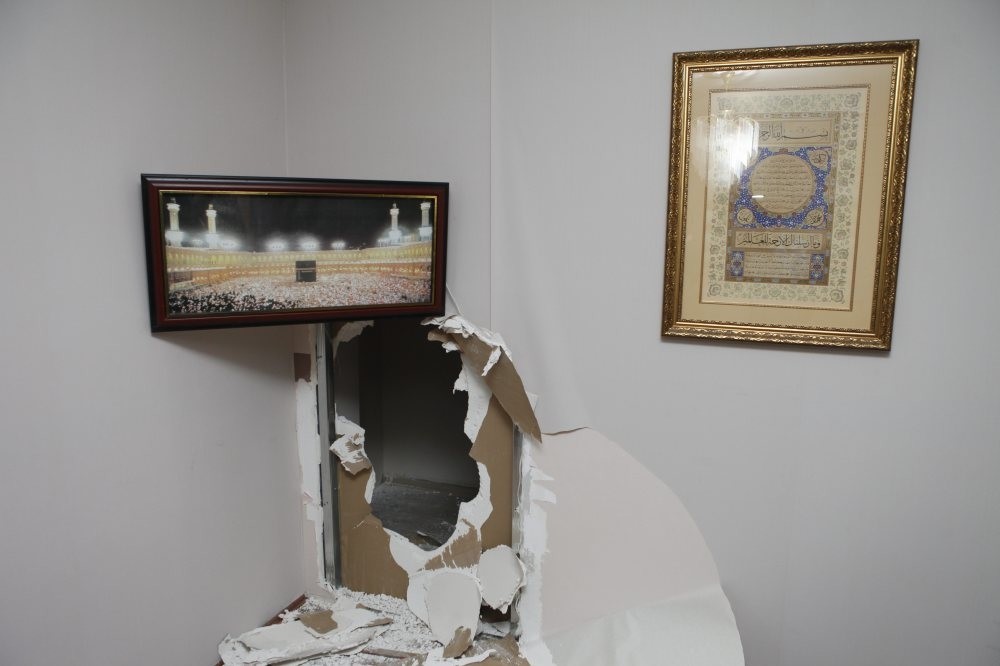 The building clearly ensures secrecy and a place of escape in cases of emergency as well as comfort, with secret exits and tunnels leading to rooms not seen on the blueprints, from elevators that operate with passwords only to a luxurious interior design and furniture. Three rooms on the top floor were used for Gülen's personal residence. The rooms contain everything Gülen used while he was in Turkey, from his toothbrush kept as a memento by his followers who revere all things Gülen, to other personal items of the fugitive leader. The level of devotion Gülenists show their leader was recently exposed in a police raid at another school in western Turkey, where two plaster hands were found. Followers used to kiss the plaster hands representing Gülen in a warped sign of respect. According to Nurettin Veren, a former aide to Gülen, who disclosed a decades-old plot by the fugitive suspect to take over the Turkish state, the Altunizade building was where he met his followers frequently during secret meetings to conduct the affairs of the terror group. Former Gülenists say it was a privilege to access the group leader's room in the building and only the most senior members were allowed in. Password-activated elevators used for access to the room confirm this. One elevator was exclusively used by Gülen and the other one is accessible only through a secret passage. Gülen's elevator is located in a carpentry shop, another odd place in a building used as a school, in the basement of the building. 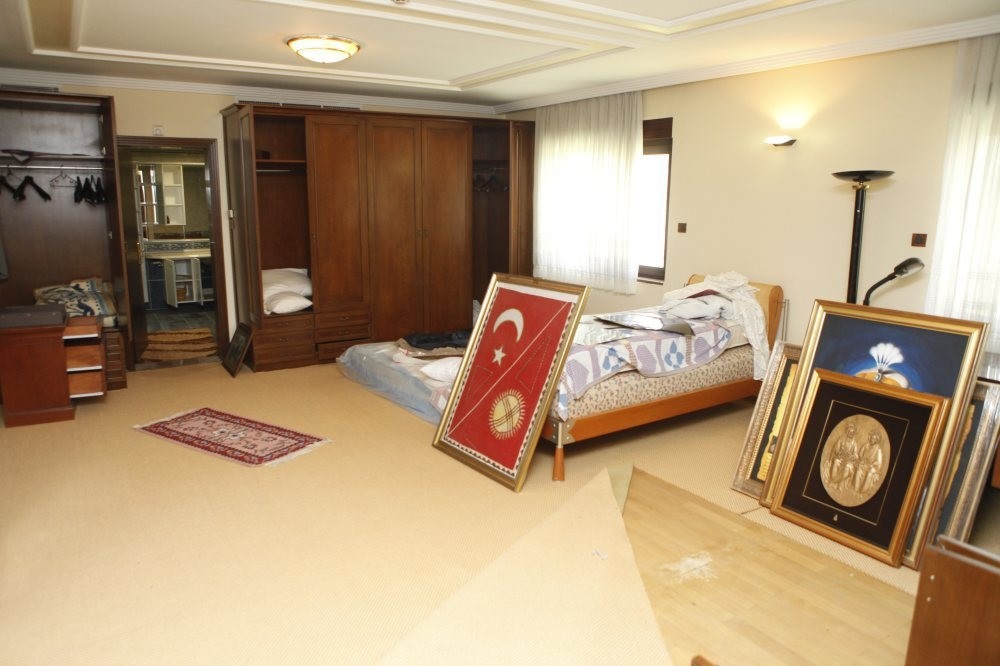 In a dining hall in the building, a closet leads to a hidden door which opens to a secret passage. The passage was closed with bricks before the authorities confiscated the building, but it is believed it lead out of the building and was an escape route in cases of emergency. In the basement, a part of the wall is composed solely of plaster and when cracked with a light punch, it reveals a door, leading to a secret meeting room. Walls of the carpentry shop in the basement are also covered in plaster, which hides secret doors to elevators.

The building is equipped with a data transmission line working independently of internet service providers, enabling Gülenists to communicate without detection. Experts say the internet connection method used by Gülenists is "similar to the ones used by intelligence services."

Investigations have shown that other FEM buildings, all of which have been seized by the state following the July 15 coup attempt, were run along the same lines. A secret passage found by the police in the school grounds of Fatih College in Istanbul's Bahçeşehir neighborhood leads to the nearby lodgings for the prosecutors and judges.

In the top floor of the same building, cupboards hide a long corridor that leads to a secret floor that has several numbered rooms akin to a hotel. Only those who have keycards can enter the rooms. The secret floor also has a meeting room, an exact copy of the National Security Board (MGK) room in Ankara.

In another Gülen-linked school located in Üsküdar, Istanbul, the police seized a data transfer unit mainly used by intelligence agencies. At a FETÖ school in Merter, authorities seized F series $1-bills, believed to be used by Gülenists as an identification tool. A massive computer center was found in the same school, but FETÖ members are believed to have destroyed all the hard disks after the July 15 coup attempt.

In Yamanlar College in İzmir, there was a secret tunnel connecting the school and the nearby mosque. The tunnel served as a depot for enough food to feed a whole army for some time.
RELATED TOPICS